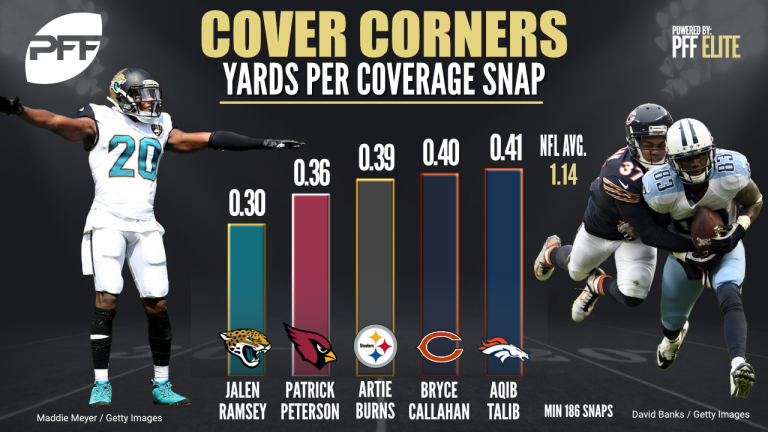 I think the fact that we don’t really talk about his age anymore is a testament to just how much Artie Burns has already developed over the course of his first season-and-a-quarter. He is still the fourth-youngest player on the roster, and even that by only a few days, yet he is already affixed in the starting lineup as a quasi-veteran with less than a season’s worth of starts.

While he has been penalized not infrequently—his four flags drawn is tied for the most on the team with the actual youngest player, JuJu Smith-Schuster—his game has been solid overall, both against the pass and in the run.

That is, of course, excepting an egregious error here and there, but I think it would be wise not to assume that one or two plays against the run against the Bears should define him. He has shown too much good, in my opinion, to allow that theme to stick.

Pro Football Focus has also been impressed with his early work in the season when it comes to limiting the productivity of the wide receivers that he is matched up against. According to their charting, he is giving up the third-fewest yards per coverage snap in the league among qualifying cornerbacks.

Writes Sam Monson, “Artie Burns has began the 2017 season well, and despite being relatively heavily targeted (21 through four games), he has allowed only 11 receptions for 61 yards”. He continued, adding that “though one of those catches went for a touchdown, he has broken up two of the incompletions, and those 11 receptions have averaged 5.5 yards per catch”.

Officially, Burns is actually credited with three passes defensed on the season to date, although he is still looking for his first interception after recording three of them over the course of the final nine regular season games since he entered the starting lineup.

On Burns’ 11 receptions allowed, credited by the site, he has allowed just 21 yards after the catch, and an NFL quarterback rating when targeted of 74.1 The former first-round pick is making serious strides, and while he has his ‘rookie’ moments still at times, at others he certainly looks every bit the real deal.