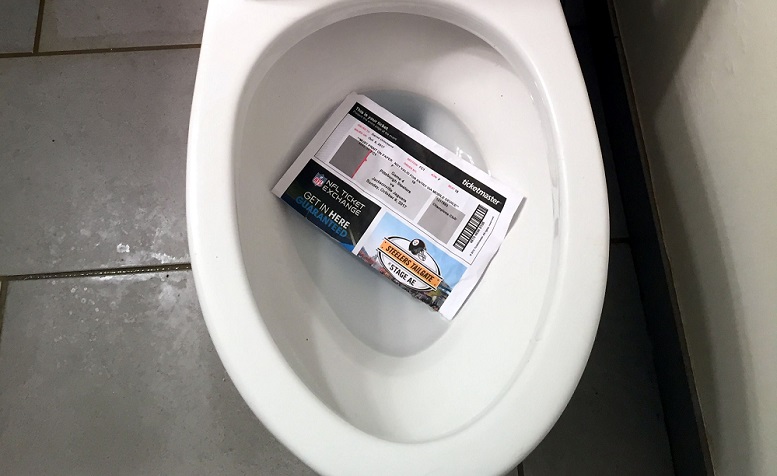 I’m trying to flush the memory of yesterday’s Pittsburgh Steelers game away so will tap my thoughts out; send it and then try to get focused on the Kansas City Chiefs.

First the highlights. Unfortunately, they were all before the kickoff:

I got to meet the Girl Surgeon (Melanie Friedlander), who contributes her excellent medical articles to the Steelers Depot. 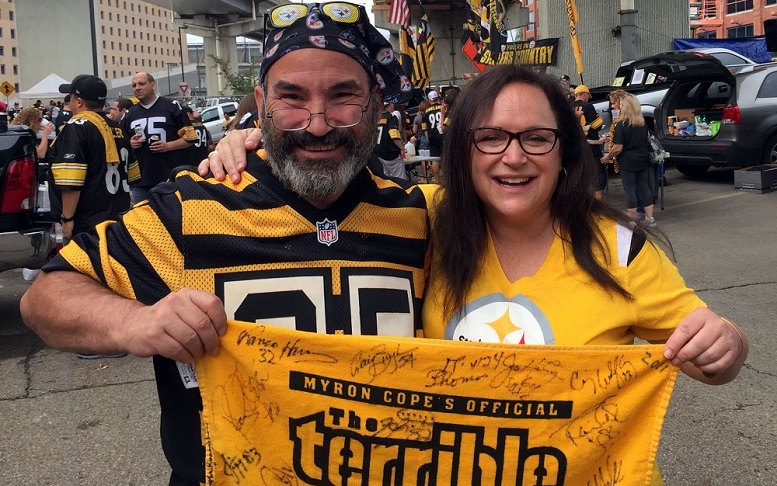 It’s a small world as one of her friends, Juta played rugby for the Pittsburgh Rugby Club when they went to the national championship with a few of my college teammates. I did not realize David Todd was at the game otherwise, I would have tried to track him down just to meet him.

I did shake hands with Robin Cole who was at the game along with Nate Washington. 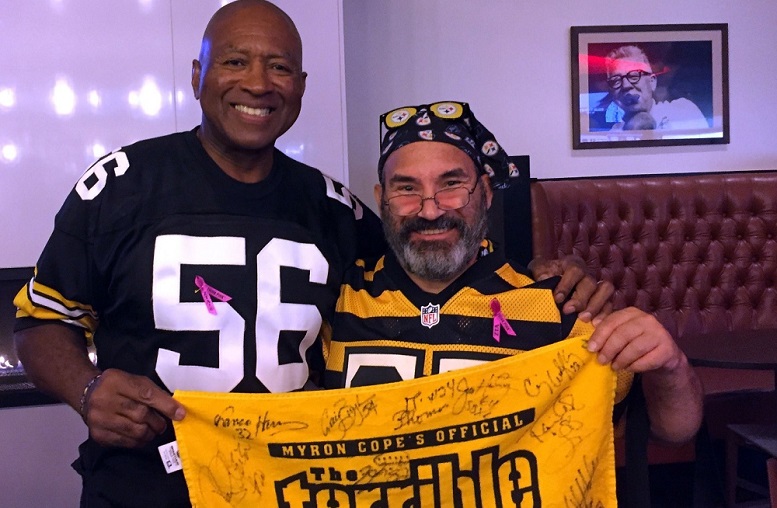 Robin is working to raise awareness for prostate cancer and help with early detection and education about the disease through his Robin Cole Foundation.

As for on the field highlights; about all I can come up with is cornerback Mike Hilton practicing high pointing interceptions during pregame warm-ups. Here is how he looked from my seat: 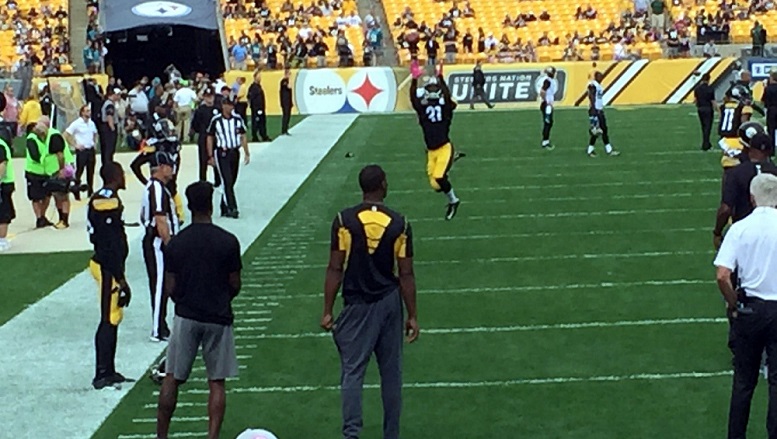 As for the game. What a stinker. This is what you burn candles in the bathroom for and the stench still lingers. No pictures to share since it was so bad that they are X-rated.

My 91-year old Mother-In-Law Faye was so angry; she was screaming at the television and her neighbors at the senior center knocked on her door to ask if she was okay.

The defense kept Pittsburgh in the game for most of the game; but five interceptions with two pick sixes was a little too much to overcome.  Not when an offense that is supposed to have the best running back; the best wide receiver; & a top 4 or 5 offensive line that cannot muster enough plays to get even one touchdown. Antonio Brown appears to be the only offensive player who is meeting expectations. I say give more Gatorade jugs. He should be allowed to throw as many as he wants on the sideline since Ben Roethlisberger, the other receivers and the offensive line is underperforming after overpromising Pittsburgh fans 30 points a game.

Right now, this team has me wondering, Oh Brother, Where Art Thou? This prison work song from the sound track captures my mood: Po Lazarus sung by James Carter and some other unidentified prisoners.  If Ben is off Wednesday for a personal day – the sadness I am feeling right now will take on an angrier quality. The Steelers got to quit talking and start doing and that starts on the practice field.