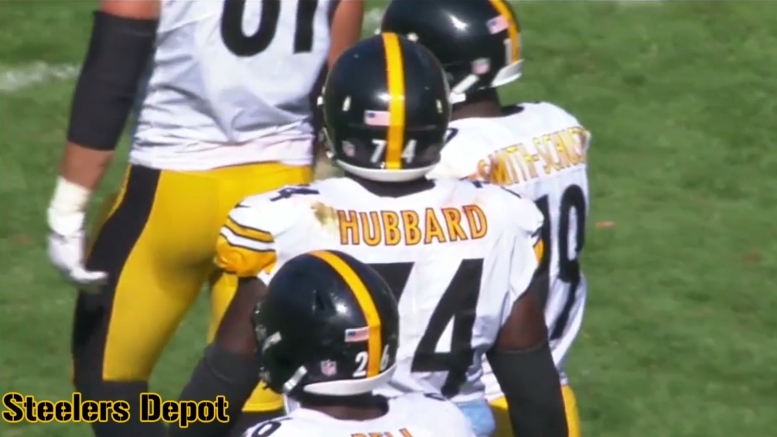 One of the unfortunate recurring themes through the first four weeks of the 2017 regular season for the Pittsburgh Steelers has been not only a high volume of penalties, but also a number of penalties that have come at key moments. Today’s game was no exception, with an emphasis on the timing more so than the quantity.

And there is no other way to say it than to say that the offensive line was responsible for the misery. I had just written an article earlier today about how David DeCastro seemed to have cleared himself of his penalty issues from a year ago—only one declined penalty through three games—but he had two today.

So did Chris Hubbard. Maurkice Pouncey had one as well. And Alejandro Villanueva’s penalty was easily the worst, and most foolish, of all. Frankly, quite a surprise coming from him. Add in another penalty—the fourth on the year—for rookie wide receiver JuJu Smith-Schuster and you have six on the offense.

There were two other penalties, just to get them out of the way, but they were meaningless. Bud Dupree had an offside penalty declined and Artie Burns had a blocking penalty on an attempted return of a missed field goal.

Let’s go back to the start of the game. The Steelers rattled off a 16-play, 10-minute drive on their opening possession, getting down to the Ravens’ 12-yard line with a first down, and making it look pretty easy in the process.

But on first down, James Conner was tackled for a two-yard loss, when Hubbard was flagged for a false start, quickly making it second and 17 from the 19-yard line. After a two-yard run from Le’Veon Bell on second down, DeCastro was flagged for holding on the next play, making it third and 25 all the way back to the 12.

The Steelers’ next possession began with an illegal block above the waist penalty on Pouncey, negating a two-yard reception and making it first and 18. They managed to get into a third and four, at least, but ultimately they were forced into a three and out because of the initial setback.

They began their next possession on the Ravens’ side of the field, and quickly got down to the 12-yard line again with a first down. But Bell was dropped for a loss of four on the next play, and after the play, Villanueva let frustration get to him, retaliating against Za’Darius Smith and headbutting him, drawing a personal foul.

That made it second and 29 from the 31, and two incompletions on deep passes followed. They were spared by Chris Boswell, hitting from 49.

The only offensive penalty that didn’t come back to bite them was Smith-Schuster’s illegal block in the back on second and six. That made it second and 16, but they converted, and the rookie ended the drive with an 11-yard touchdown reception.

Still, the penalties need to be cleaned up. They bottomed out a pair of trips into the red zone because of them. If they were playing a semi-coherent offense, they could have been made to pay.