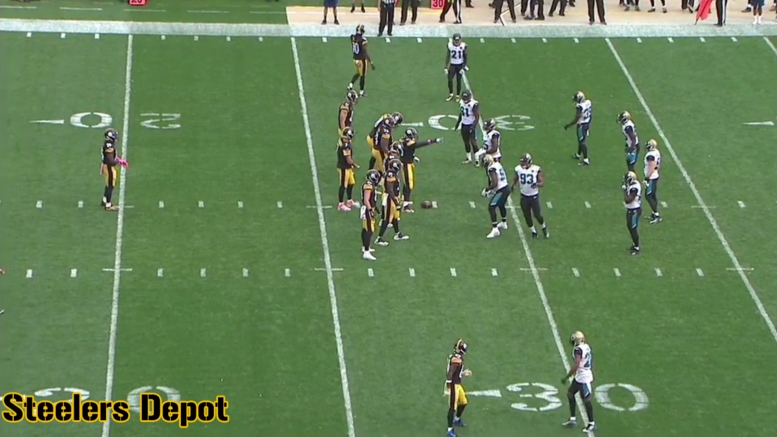 It would not be fair to say that the Pittsburgh Steelers’ acquisition of tight end Vance McDonald from the San Francisco 49ers has been a failure so far through five games. As we took a look at just yesterday, for example, the offense has been more productive when he has been on the field, and I have done a film study from the Ravens game showing how he was an asset in the run game.

But for most, when he was acquired, visions were conjured not of how he would look pulling on the counter trey to lead Le’Veon Bell around the left end, but rather of him running down the seam on a vertical route and catching passes, making a difference as a receiver that the team doesn’t have otherwise at the position.

With Xavier Grimble being so far nearly wholly irrelevant and Jesse James performing at his typically pedestrian pace, averaging a woeful 8.4 yards per reception, I think it would be a great time for the Steelers to more proactively get McDonald involved in the passing game.

Not that it has gone well when they have tried to throw to him so far. His first target resulted in about as close to a drop as you can get without actually dropping the ball—and still, most have chosen to label it a drop—when he was hit by a defender who jarred the ball loose as he tried to field it.

His second target, a couple of games later, was a straight-out drop. He did have a short reception that ended up being wiped out due to a penalty, but on Sunday, he was targeted early and it resulted in an interception, albeit thanks to what was admittedly a very nice play from the cornerback—and pressure on the quarterback to induce the rough throw.

It would be akin to superstition, however, to act as though he were suddenly unable to be a contributor in the passing game after having done so for four years in San Francisco while experiencing inferior quarterback play.

Admittedly, the Steelers are experiencing some inferior quarterback play of their own at the moment, but I think that is why more than anything I would try to make a change at tight end by giving McDonald more opportunities to run priority routes than he has been getting.

James lacks the ability to create as a receiver. He rarely gains separation on a route unless the coverage dictates that they leave him in space, and after he catches the ball, it is virtually impossible for him to actually get past the first defender.

McDonald—provided that he actually catches the ball could hope to add some semblance of liveliness as a safety valve, and could even be used more proactively. He has been a part of the system long enough, I think, for the play-callers to feel more comfortable giving him a more active role in the process.