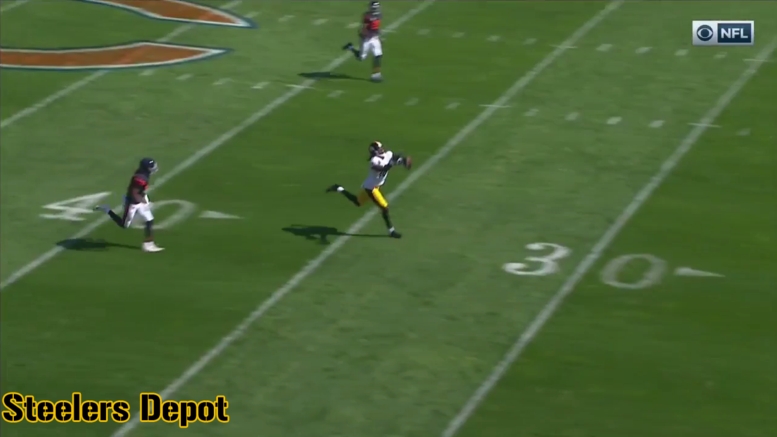 It’s still an early season, let’s not lose sight of that for a moment. But the truth is that the big plays that Pittsburgh Steelers wide receiver Martavis Bryant was once known for have been few and far between—and not for a lack of trying. He has two big plays, and both of them came in the home opener back in Week 2.

In one instance, the Steelers got a chance at a free play when a defender jumped offside. That is the signal for the receivers to run go routes, and Ben Roethlisberger was able to hit him on a 51-yarder. Also in that same game, he caught a slant that he took in from 27 yards out for his lone touchdown on the year.

Yet Bryant’s average depth of target on the season is over 20 yards per pass attempt aimed in his direction. He has just one reception on a deep target from 20 or more yards down the field.

He and Roethlisberger have failed to connect on passes that had air yards of 49 yards—which drew a pass interference penalty—, 42 yards—which he dropped—, and 41 yards—, which Roethlisberger overthrew–, among others, demonstrating the variety in which things have managed to go wrong so far this year.

“As far as the explosion plays, we haven’t hit them like we used to”, Bryant told Chris Adamski earlier this week before a practice session on Wednesday. “But it’s still a long season, and you’ve still got to keep working. In due time, it will come”.

“Sometimes you have your misses, and sometimes you make them. So you just go to continue to work at it. What it comes down to is we are going to hit them sooner or later”.

It’s a sober and mature attitude that I think teammates, coaches, and fans alike appreciate from the Martavis Bryant of 2017. And it’s not as though he has not been producing in the interim. His 10 receptions rank fourth on the team, but his 183 receiving yards are second, inevitably, only to Antonio Brown.

Two of his 10 receptions have converted on third down, including a tough grab in traffic for 13 yards on third and 12 in a tough spot. Roethlisberger also found him on third and six on a 15-yard pass that he added another nine yards to after the catch.

He has three explosive plays on his resume so far, and has already drawn two pass interference penalties. He is doing pretty well, even if he has not quite broken out yet. And I have to agree with him. it will come. It’s only a matter of time.