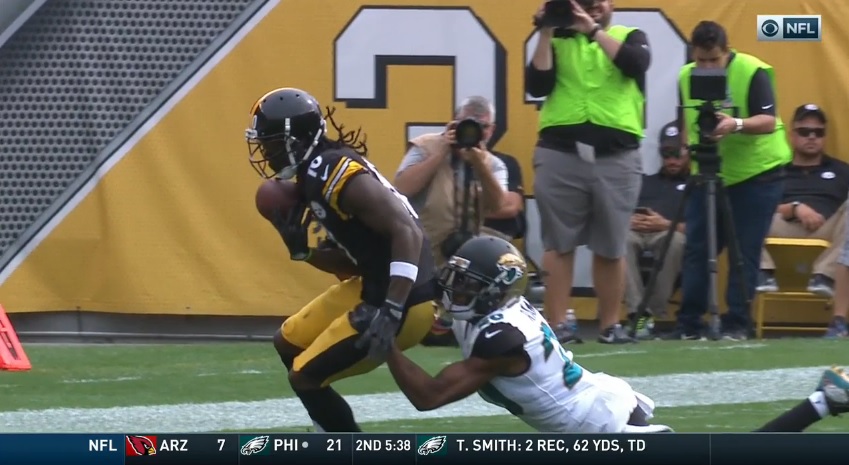 If you’re just as dumbfounded as to why the Pittsburgh Steelers are struggling as much as they are, join the club. So are the players.

Jeremy Fowler’s article from ESPN today has a couple extra quotes from players. Who are having just as much a tough time determining the fix to get this offense back on track. Martavis Bryant essentially threw his hands in the air when asked about the solution.

“Honestly, I have no clue, man,” Bryant said when asked what’s missing from a few years ago. “We’ve just got to get better, period.”

David DeCastro said similar, only offering that if they knew the fix, “it’d make their jobs a lot easier.”

It’s in part with what I wrote this morning. Ben Roethlisberger is struggling, that’s clear as day, but the fix is much more fleeting. Is it scheme? Is it mechanical? All of the above?

Either way, it’s one of the worst stretches the Steelers have been in. Through five weeks, they’re averaging under 20 points per game. They’re the only team in the NFL not to have scored more than seven points in at least two separate quarters; they’ve done so only once, the second quarter against the Baltimore Ravens.

Even the lowly Miami Dolphins, who went two games without a touchdown, have done it twice.

The Steelers are far away from their typical lofty goal of 30 points per game. They haven’t hit that mark in the first five weeks. Since 2001, it’s only the third time they’ve gone this long. In 2001, it took them until their sixth game and in 2013, it took until game number eighth.

Outside of just play better, I doubt we’ll hear much from the Steelers’ locker room on what exactly they need to do in order to fix things. Maybe that’s because they’re playing things close to the vest. Or maybe they genuinely have no idea.