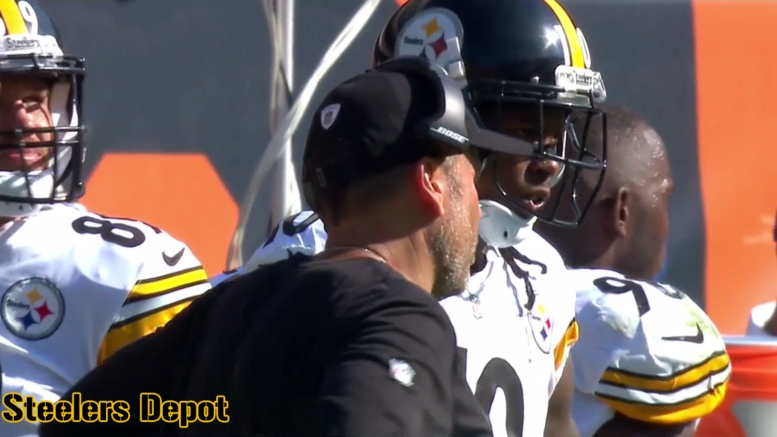 I’m really not quite sure who should be more grateful at the moment that the Pittsburgh Steelers have a bye week coming up before they have to play again. Is it more beneficial to the injured players who are looking to come out of the other side of the break fresh from a physical standpoint?

Or is it Martavis Bryant, the frustrated wide receiver who saw himself benched for their final game before the break, during which his ‘replacement’, rookie JuJu Smith-Schuster, went off for seven catches and 193 yards to go along with his fourth touchdown of the season, the longest passing play in team history at 97 yards?

The third-year wide out is in desperate need of some mental and emotional rehabilitation before he can re-establish himself on the field, so the bye week comes at a perfect time both for himself and for the coaching staff to figure out what to do with his situation.

Bryant is frustrated that he has not played a bigger role in the offense, though he was seeing his share of targets up until the sixth game. He averaged seven targets per game through the first five, and then just five over the last two before he was made inactive.

Through the midway point, though, both Bryant and Smith-Schuster have seen an identical number of official targets at 36, and when you stack up the production against one another, the contrast is stark.

Bryant perhaps rightfully believes that he has the talent within him to put up similar numbers, or better, in this offense, but for a multitude of reasons—both his fault and not—the offense has not been terribly productive for the most part when he has been targeted.

It would be the best for all parties if that changes, and that is the end that they will work toward in this down time—provided that he doesn’t get traded in the next two days.

Bryant wants to put up his numbers and contribute to a winning effort. The Steelers would of course never turn away increased productivity. Everybody wins if Bryant is more effective. But the answer is not simply playing him more and throwing him more balls.

It needs to be more concerted than that. He has to get on the same page with Ben Roethlisberger. The coaching staff needs to figure out which routes work best for him, and in which situations.

That’s not to say that they need to cater to one player just to make sure that he gets enough touches to be happy. They cannot give into that sort of mindset. But turning him into a meaningful and productive contributor is the goal that everybody shares.