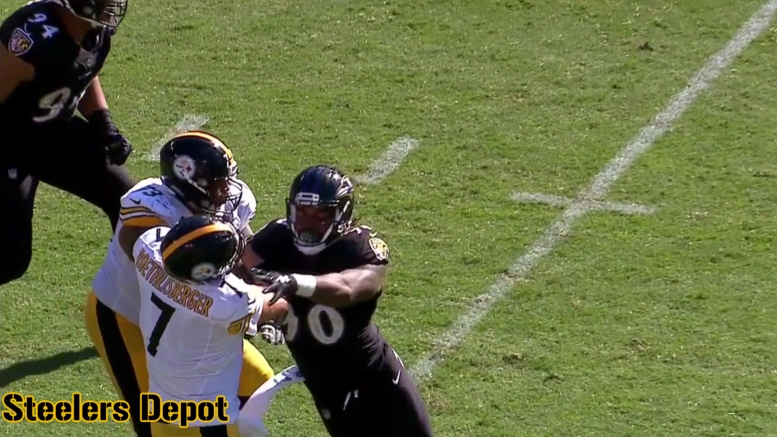 It probably shouldn’t be very surprising that a 35-year-old quarterback who spent much of the offseason talking about potentially retiring—and even after returning refusing to comment on possibly playing beyond the current season—would draw attention after having a terrible performance in which he threw five interceptions, two of which were returned for touchdowns.

That is the current reality for Pittsburgh Steelers quarterback Ben Roethlisberger, who is now subject to wild speculation about whether or not his skills have suddenly diminished, and even whether or not he is not already mentally retired.

But there are many who are not buying into the early obituary on the two-time Super Bowl champion, and ESPN’s Mike Sando talked to a few of them recently, asking them, among other things, whether or not there should be worry about how he is going to play out this season.

He cited one former general manager as saying that he is “not that worried at all” about Roethlisberger still being able to play as he always has based on his first five games. “He has been doing it long enough. I don’t think his skill set has evaporated. I just think he is on a bad little roll right now. Maybe I’m dead wrong, but that is kind of what I feel”.

The key in his comment I think is in the third sentence. His skill set hasn’t evaporated. There really isn’t anything that we are seeing on the field that tells us that he can no longer do physically what he is accustomed to doing. He is still launching the long ball with distance and velocity; he is still avoiding rushers with his size; he is still threading balls into tight windows.

Sando also spoke to a coach who has worked in the AFC North who told him that he believes ” Ben is going to end up being better than he is right now and back to his normal self”. In fact, he seemed to have broader concerns about the team as an outside observer,

“I just don’t think the team is in sync at all”, he told the ESPN reporter. “It doesn’t feel right from the outside”. Another source, an evaluator, said, “this is what happens when your guys hold out. What they really need is to stop the run and stop turning the ball over, and things will calm down”.

The former general manager quote above said that he has been wrong before about predicting the Steelers’ early demise, or taking a step back, as he put it. He said he has seen them go through “little slumps”, but the bottom has never fallen out.

At least among a select group of those around the game, they are not anticipating the bottom falling out of Roethlisberger’s game. I’m sure all who are reading this are hoping that they are right, though many, perhaps even most, will remain highly skeptical until they are shown otherwise.