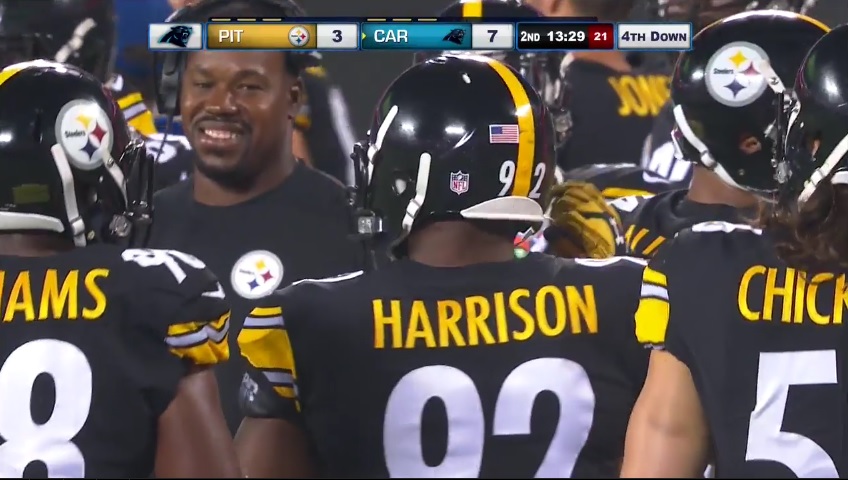 James Harrison has been inactive the last two weeks. But it sounds like that time on the sidelines is coming to a close. Speaking with reporters today, Keith Butler said Harrison will play this week.

Via the PPG’s Ray Fittipaldo.

Harrison has played just seven defensive snaps this season. He’s joked about not playing on social media over the past couple weeks. In his place, the Steelers have rolled with a heavy dose of Bud Dupree and T.J. Watt. Anthony Chickillo has been the top backup at either spot while Arthur Moats has gotten the last hat due to his special teams value.

As Fittipaldo indicates, Butler didn’t go into detail as to what capacity Harrison will play. It’s still unlikely that he starts but could get rotated with Watt on the right side. We’ll just have to wait and see.

Harrison, 39, has 81.5 career sacks and is the Steelers’ all-time leader in that category.

Here is the hold on Deebo late in that #Chiefs game that negated 2-point conversion. #Steelers pic.twitter.com/qv3xQn39WR