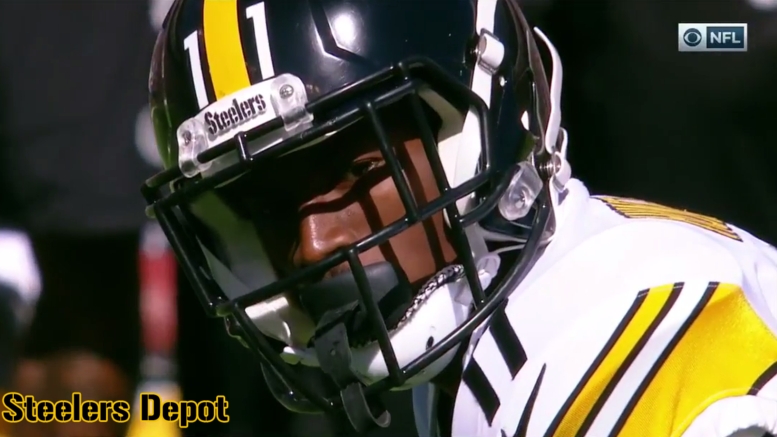 According to reports yesterday, there do not appear to be any changes in store for the offensive side of the ball for the Pittsburgh Steelers. The team is not expecting right tackle Marcus Gilbert to play for the third consecutive week. Antonio Brown expects to continue to field punts. And Justin Hunter expects to get a helmet again for the second straight week.

Which in all likelihood means that Eli Rogers will be taking a seat for the second straight week. Last year, in his first full season on the 53-man roster, he dressed for every game in which he was healthy, although he did not play in one game for evident disciplinary reasons.

The Steelers have a much deeper depth chart this year at wide receiver, however, with Brown, Martavis Bryant, and now rookie JuJu Smith-Schuster having taken upon the top three roles on offense. With Darrius Heyward-Bey a necessary dress for special teams, the final helmet for the position comes down to Rogers and Hunter.

Until Rogers regains his role as the punt returner, however, he may find it quite difficult to get a helmet, at least provided that Hunter doesn’t show anything that indicates he is undeserving of dressing over him.

The fifth-year wide receiver does offer some things that Rogers does not—height, for one thing. But he is also more versatile in his ability to line up outside or in the slot, even though he was only asked to line up in the slot on one of his nine snaps on Sunday.

One does have to wonder how much of a role the fourth wide receiver will even have on offense this year, which will no doubt vary based on the game plan. The fourth wide receiver in the early goings was seeing more snaps, but that might be largely attributed to the transition from Rogers to Smith-Schuster as the primary slot receiver.

Last week, Hunter was targeted just twice, making one reception for five yards, doing so while being contacted hard immediately after the catch and showing well to maintain control. The other target was on a deep pass on third and long. Had the ball been placed better, it likely would have been caught. As it was, it went off of his fingertips.

I do not believe that the Steelers are expecting anything revelatory out of Hunter, who by his fifth season in the league has more or less established what sort of player he is. Even with the opportunity to be paired with superior quarterback play, they are clearly not looking at him as a potential starter or anything of the sort.

But his skill set could prove useful in situational football, and perhaps they take a closer look at that potential for impact during tomorrow’s game, the first at Heinz Field for which he is expected to dress. No doubt his role will be scrutinized weekly to determine who between himself and Rogers should dress.