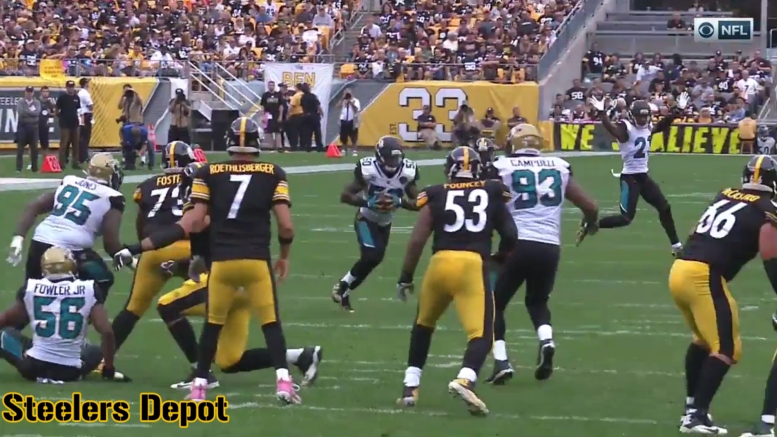 I can’t think of a fan base that is less tolerant of platitudes after a loss than that of the Pittsburgh Steelers, many of who will accept nothing short of a bloodbath. Everything needs to be labeled terrible at the same time—that is, immediately, and vigorously—or else you are, at best, missing the big picture, if not explicitly an apologist.

To be blunt, this is an article directed toward those who are looking for a cascade of blood. Not just today, but after every loss. This is an evergreen article.

When a team loses, there are always many reasons for it. There will always be multiple contributing factors that work into a loss. When a team loses by three possessions, of course, as happened yesterday, there is no shortage of things at which to point the finger.

So please, during your hunger for blood, be patient. To be frank, we can’t get to every complaint immediately. When we write an article in the hours after the game, or the day after the game, that is not directly addressing one particular issue that you feel needs to be addressed, understand that, chances are, there is already another article being worked on talking about that as well.

There is no need to recite the chorus of the ever-popular song, “Fire Todd Haley”, whose only lyrics are an endless repetition of the title, in an article about shoddy tackling on the defensive side of the ball. Yes, chances are they were both problems. But the article is only about one of them. The other problem will receive its own article to address that problem.

It is honestly astonishing the sort of comments that beat writers and bloggers have to face on a weekly basis from fans, as though, if we write about something expressively enough—perhaps press down on the keys extra hard—then maybe it can actually induce change and fix the issue.

There is nothing that we or anything else outside of the team are in a position to do that will make the team better. We don’t do this to try to help the Steelers’ coaches or players realize what they are doing wrong.

We do this to try to bring the team closer to the fans, through the perspective of fans, who happen to have the luxury of the time to go over the game in closer detail, and generally follow the team more closely than the average fan who quite simply doesn’t profit off of doing so.

But we can’t get anybody fired. We can’t help anybody make better reads, or catch the football better, or show better hand usage to shed blockers.

And we can’t talk about every issue all at once. So you don’t need to remind us of what goes wrong after days like yesterday in every article. We’re going to get to all of it, in time. It’s a long week of misery ahead of us. Let’s pace ourselves.