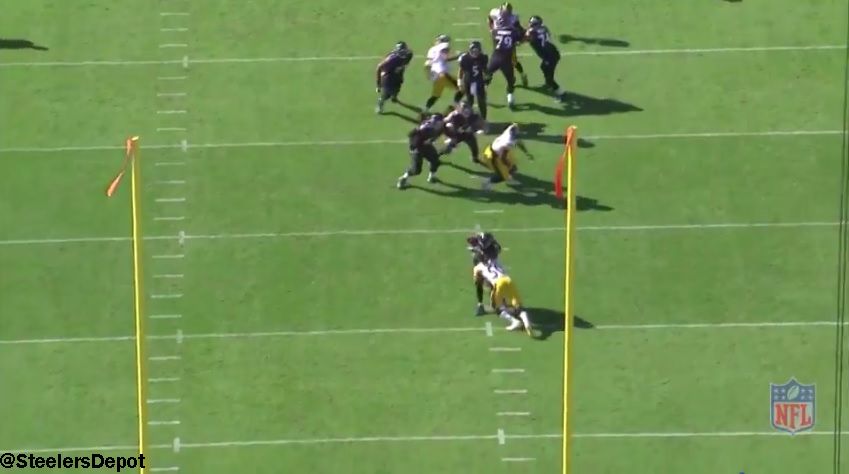 Brief notes from the Pittsburgh Steelers’ Week Four win over the Baltimore Ravens.

– First run of the game. Looks like Sean Davis is at fault. Alley defender and does a poor job taking on the block. Easily turned out. 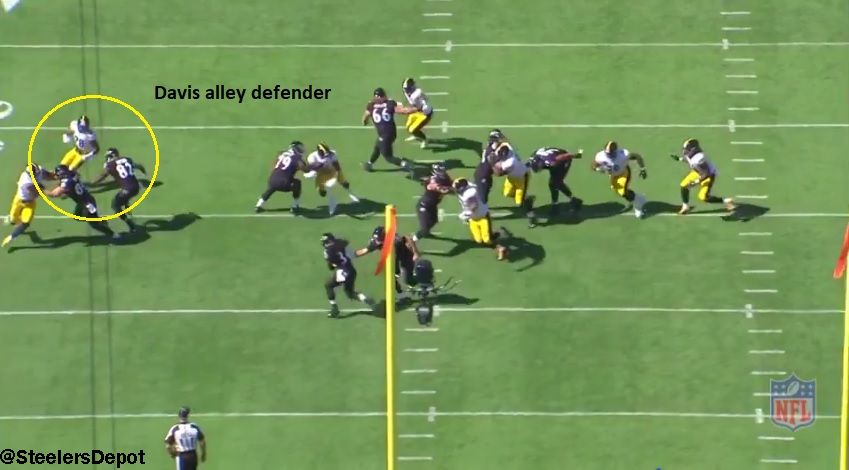 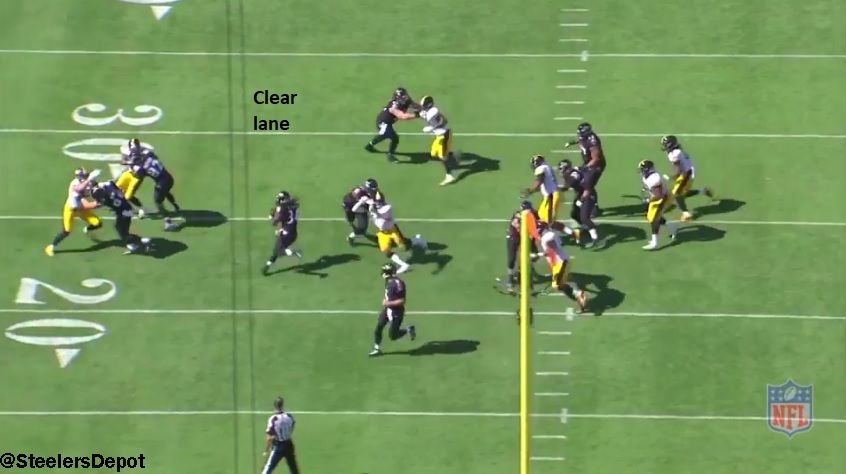 – 18 yard completion to Le’Veon Bell. Benefit of a vertical attack. Expand the defense as well and opens up Bell underneath. Get your playmakers in space. 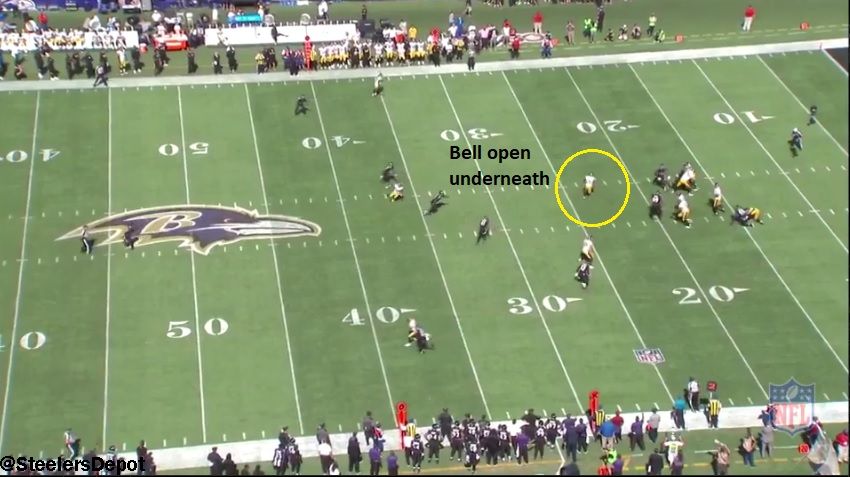 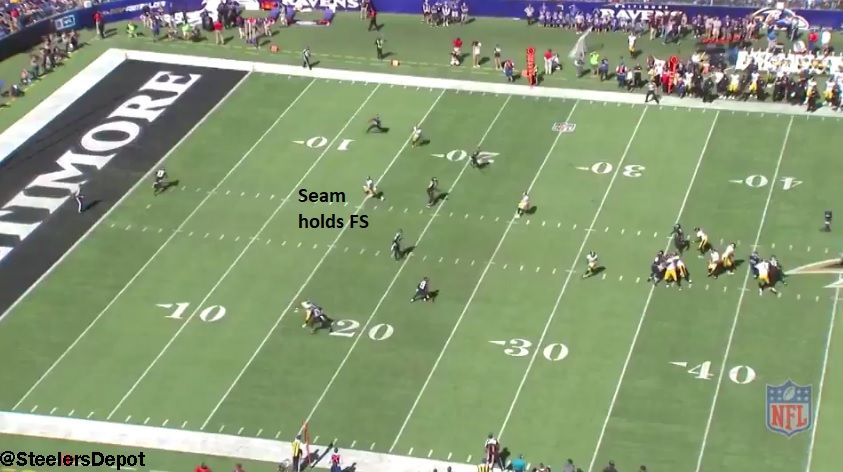 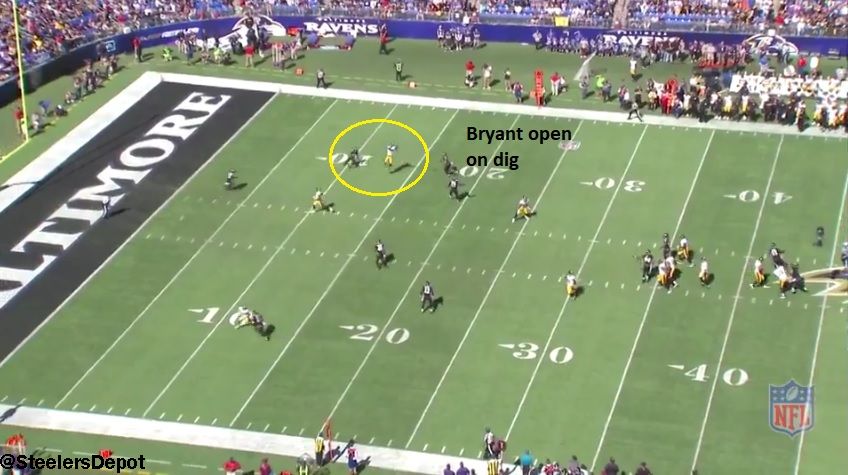 – One note on these power/counter trey runs. Can’t outrun your puller like Bell does here. Same with zone schemes. Center/running back must be on same track. 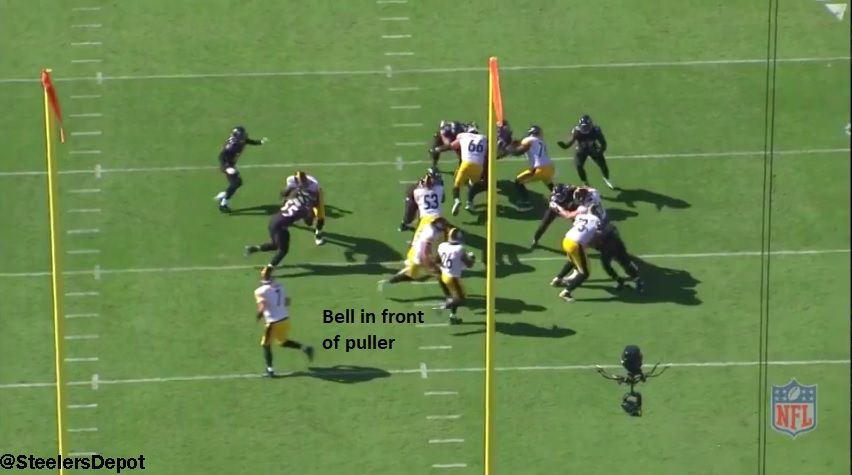 – Good technique by Shazier. Near leg/near shoulder, head across, bring the arms and drive.

– Steelers going super old school with three pullers. Not the biggest fan of it though because it’s tougher to wash the frontside defenders. 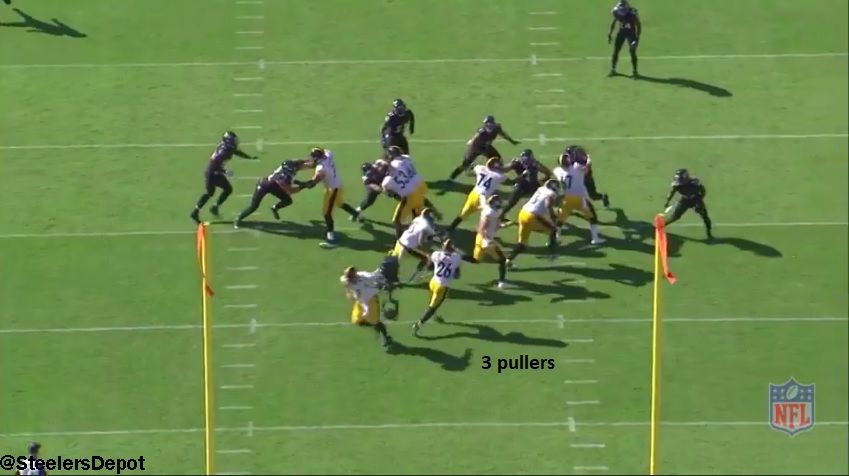 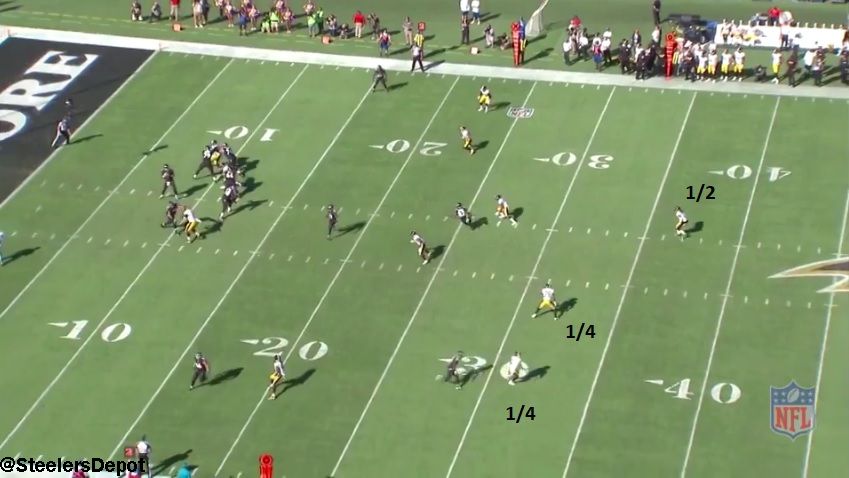 – Ben throwing to a blanketed AB. Honestly think he was just hoping to draw a flag. 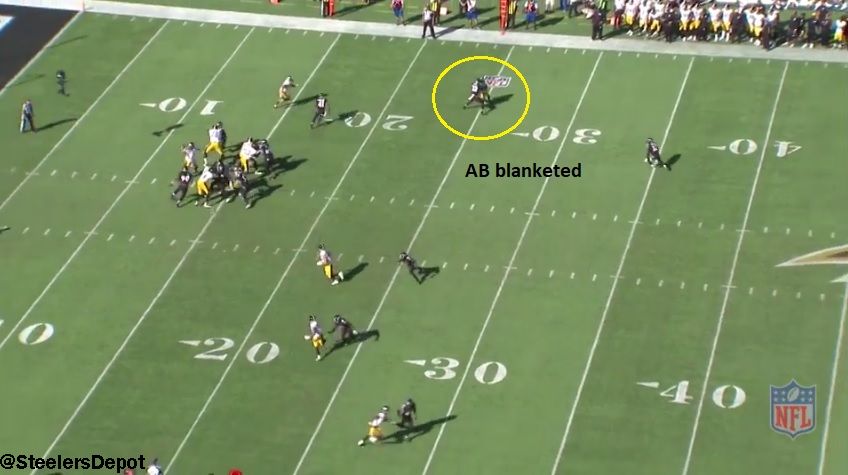