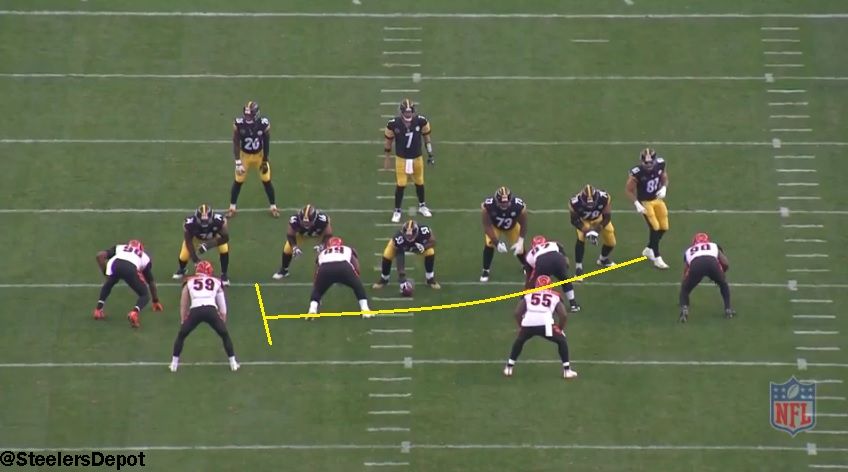 Game notes from the Pittsburgh Steelers AFC North victory over the Cincinnati Bengals.

– Kick return unit. Front five. McDonald-Watt-Matakevich-Chickillo-Fort. Golden behind. Walton/Conner/Nix on the wedge. JuJu/Watson as the returners.

– AB touchdown. Stack release gets Brown free off the line. 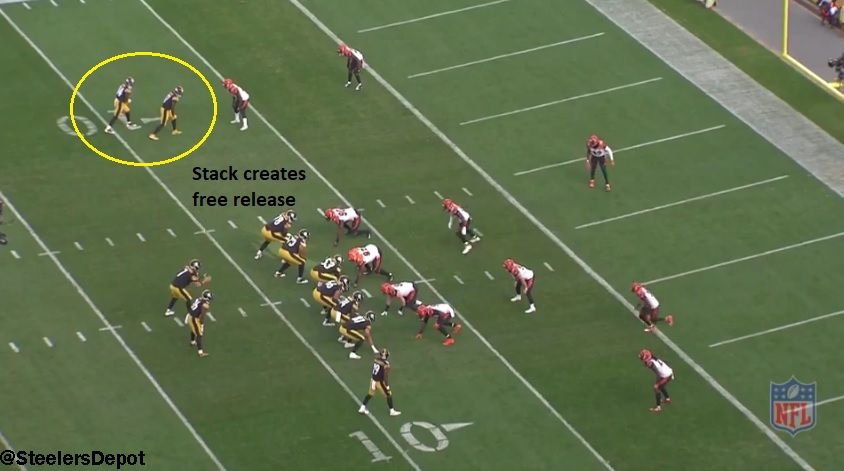 – Ryan Shazier playing the run so much better than he used to. Square to the block. And later in the game, the second clip, reverse pancakes Tyler Kroft. 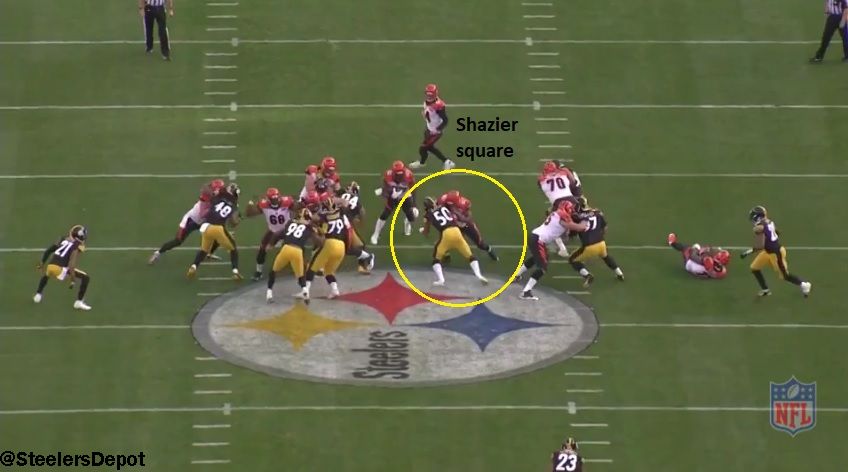 Ryan Shazier showing strength, technique in the run game. Used to duck around these blocks. Now, he just runs Tyler Kroft over. pic.twitter.com/rX6ld7BaFH

– Looks like Bud Dupree screws up here. Doubt he has a two-way go. Has to contain this rush. Gets caught inside. Andy Dalton able to escape. 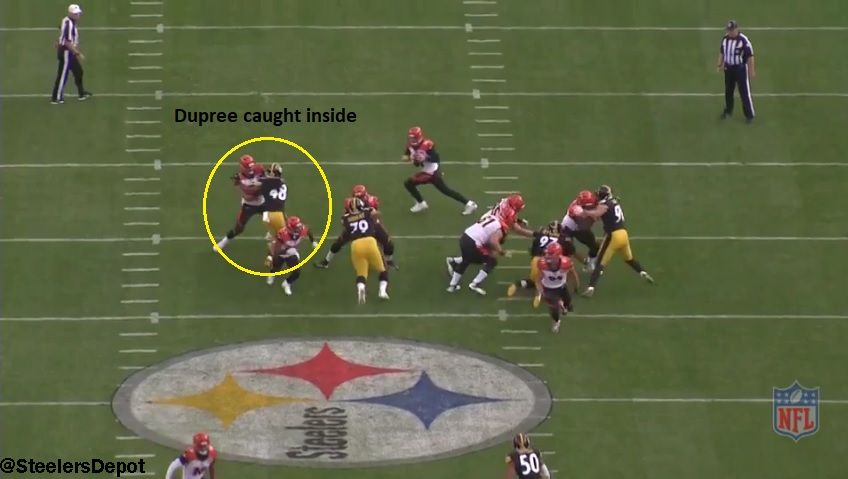 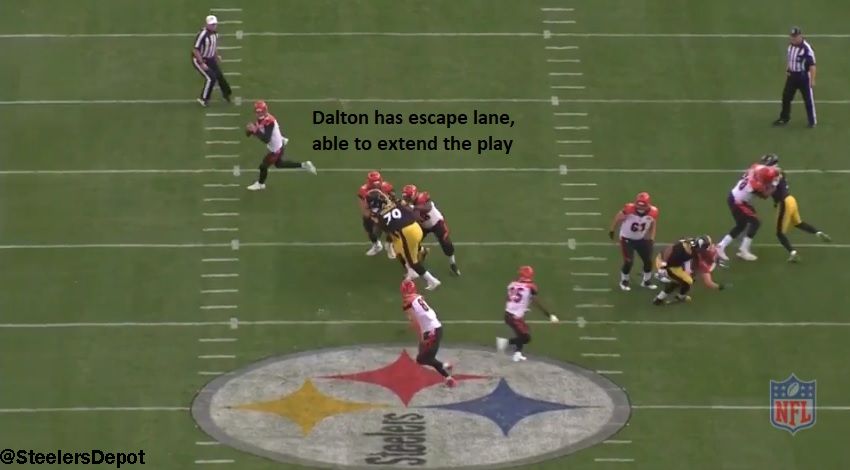 – Punt coverage team. On the line. Watt-Fort-Canaday-Matakevich-Chickillo. Nix/Davis the wings, Golden the upback. Wilcox/DHB the gunners.

– Still think the big run by Joe Mixon was Mike Hilton’s fault. Didn’t keep the cup and let the back bounce it. Not on Sean Davis, who was just filling his gap. 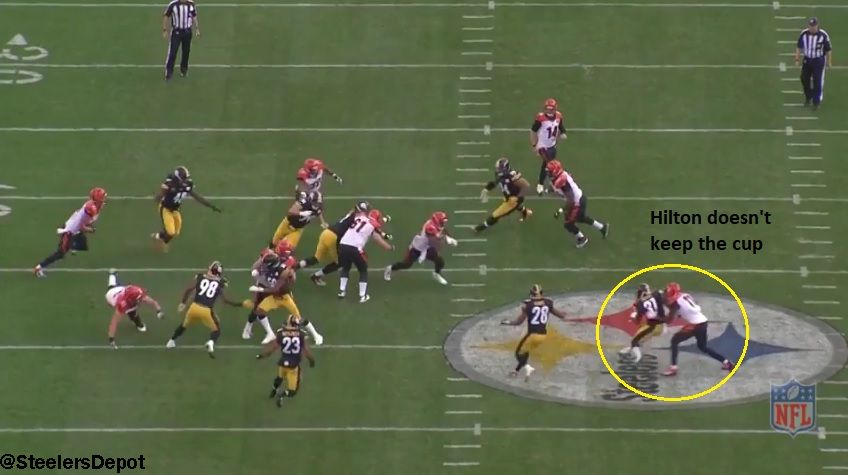 – Jesse James solid block here. Coming across the formation to seal the LB. 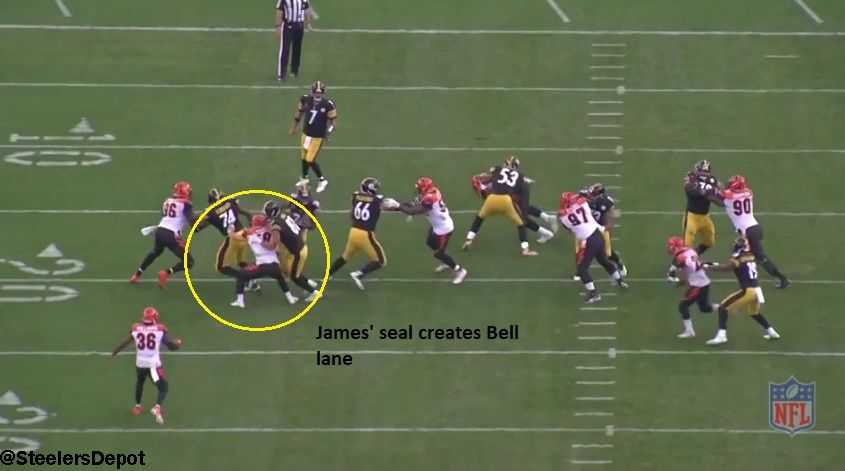 – Cam Heyward. What a beast.

– Danny Smith seemed to be mad at Jesse James for his poor punch on the edge guy on the end-of-half field goal. Bengal player was able to knife in so easily. 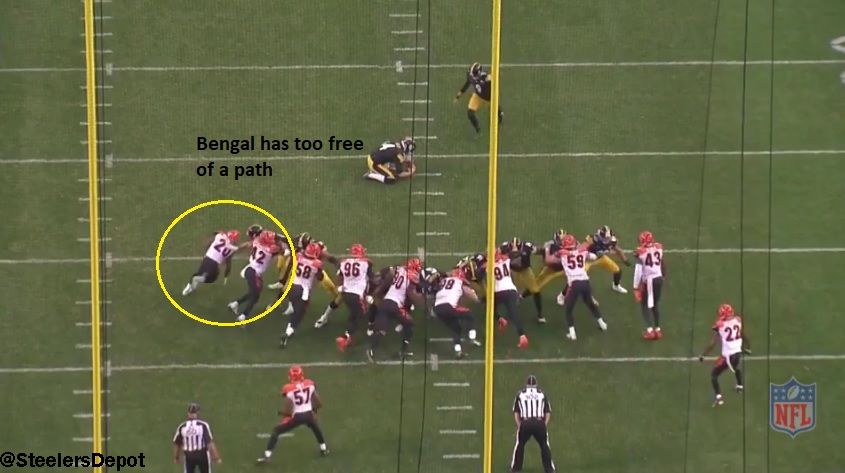 – 3rd and 9 for the Bengals. Steelers in Cover 1 Robber. Great coverage, plaster, ball thrown away. 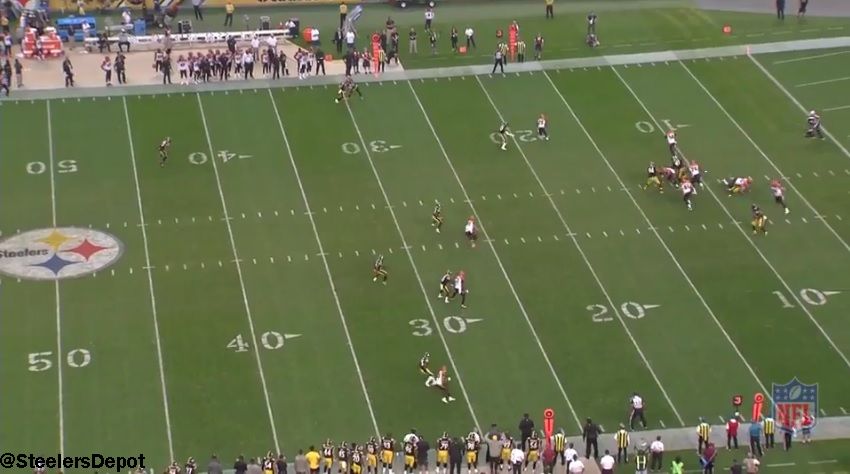 – Antonio Brown so good in scramble drills. Covered initially, Ben rolls, keeps the play alive, Brown breaks his route off and hauls in a 19 yard completion. 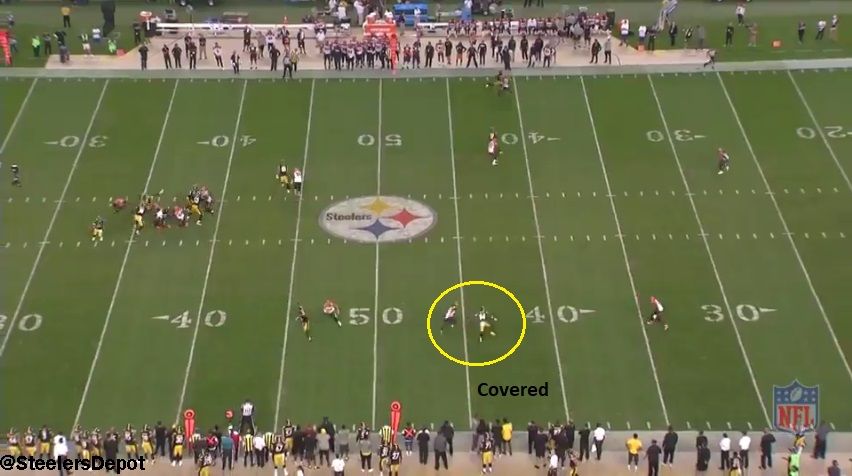 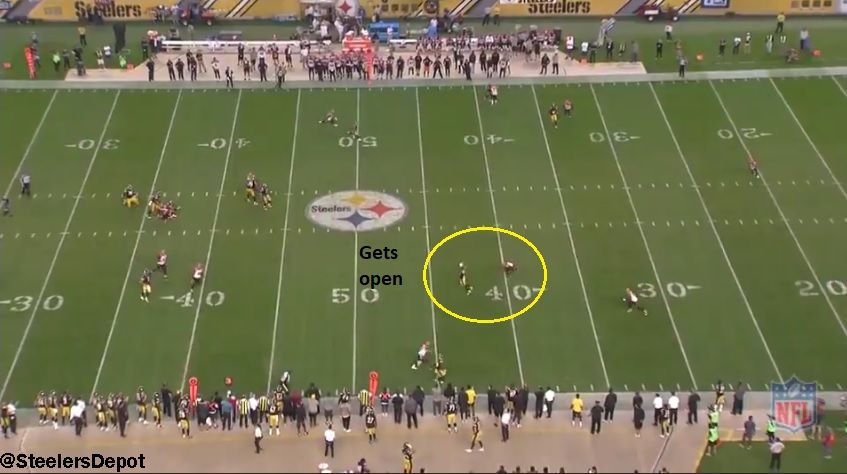 – Nice pull by Chris Hubbard on this Dart scheme. Square on contact and then sets his hips to turn the linebacker inside. 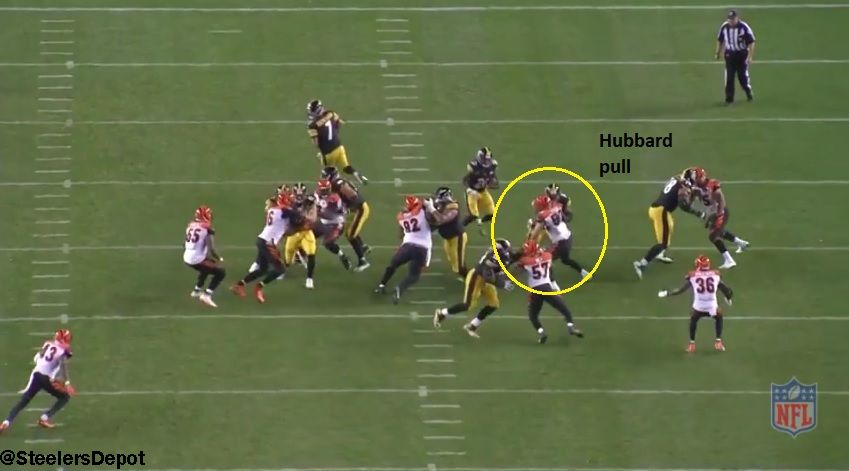 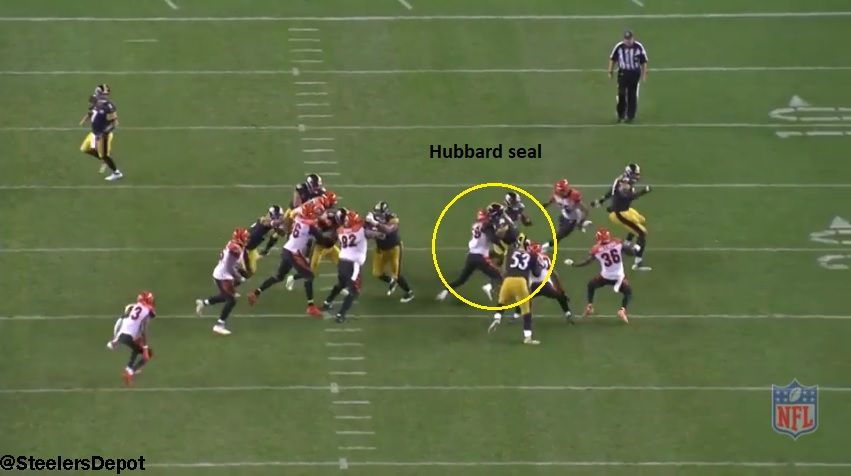 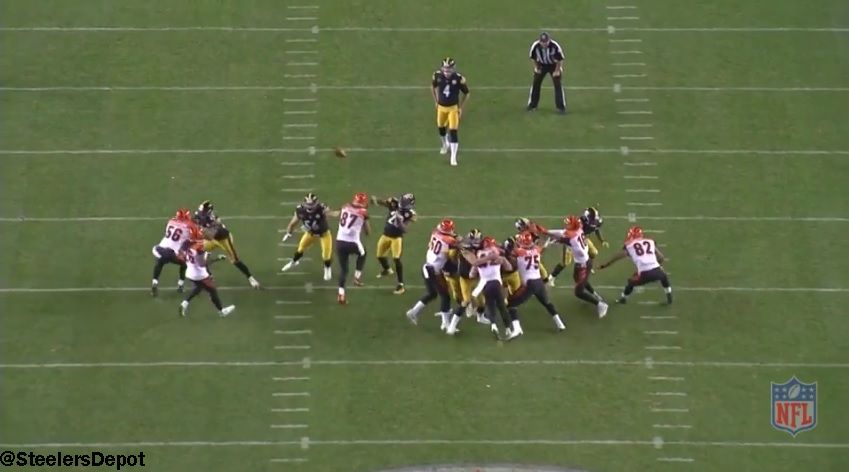