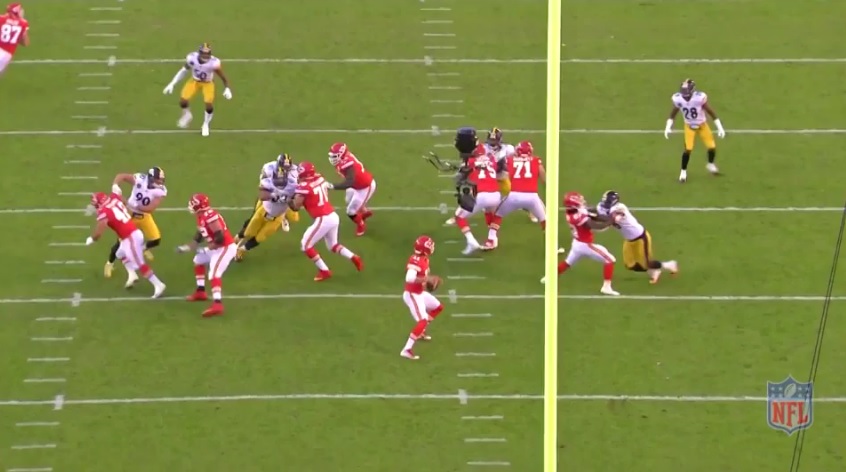 Real quick film room for you guys because honestly, there’s not much more I need to add. Vince Williams picked up two sacks Sunday, vaulting into the team lead with four on the season. And they’re two of the most impressive sacks of the season.

In each, both coming late in the first half, he destroyed running back Kareem Hunt. Here’s a look at them in the same clip.

Williams had easily his best game of the season and we may delve into his performance later in the week. Let me know if you want us to break it down. It’s a shame he had to leave the game with a hip injury, though he later tweeted the injury wasn’t serious. Mike Tomlin should issue an update on his status today at noon.

For the year, Williams has 31 total tackles and four sacks. Not only do those four sacks lead the Steelers, they leas the entire NFL for off-ball players (non DL/OLB). He entered the year with just 2.5 career sacks.

If you’re wondering, through three games, Lawrence Timmons has 21 tackles and zero sacks.