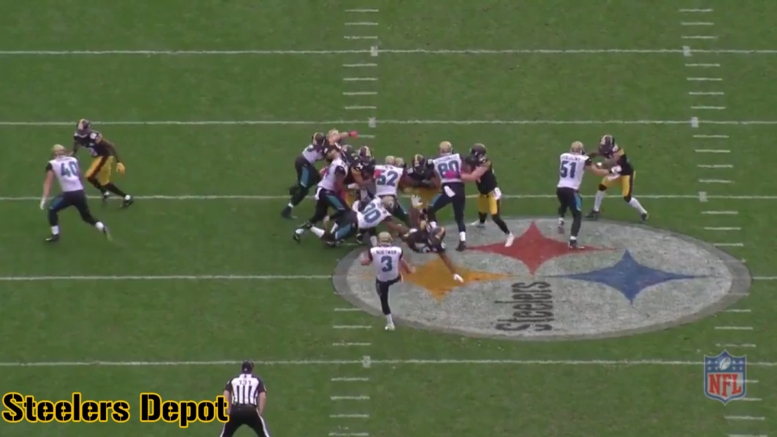 They say that good things come to those who wait, but it wouldn’t seem to me that Pittsburgh Steelers fullback Roosevelt Nix is a man who can be accurately portrayed as a patient man. And it seems that each week he gets closer and closer to accomplishing in a meaningful game what he has already shown twice during exhibition bouts: blocking a punt.

The Steelers have played five games so far during the 2017 regular season, and he has come close to blocking a punt in four of them. There were a couple of other plays within the mix that he got somewhat close, but not enough to send anybody biting their nails.

Nix originally sealed his roster spot in 2015 as an undrafted first-year player during a position switch when he blocked a punt in the preseason. He had another punt block just this preseason. He wants to deliver the same results in a game that counts, however.

And he’s really not very far away, as I will show you in the four examples below, which come from every game but the Ravens game in Baltimore.

Starting in Cleveland, Danny Smith lined Nix up off the left edge of the punt return unit, where he was able to get inside of the Browns’ right wing who attempted to slow him with a cut block. With the upback otherwise occupied, he had a straight path to punter, but, on an angle, couldn’t quite get there in time.

A week later, with the Steelers playing host to the Vikings, he was lined up again from the same position within the unit, over the right wing, playing off the ball. This time, Mike Hilton was near the line, who drew the block of the wing, so Nix was able to move inside, and he was able to crash inside of the right tackle, again enabling him to make a diving attempt at a block.

In Chicago, his chance came when they overloaded the left side, moving him over the tackle and shifting L.J. Fort to his outside. He showed off his defensive background here in swimming around the right tackle to get into the backfield, but the punter did a nice job of getting it off in a hurry.

Finally, he had yet another near-block on Sunday against the Jaguars. This time—they move him around more than anybody else on the front line—Nix was over the left wing, but they stunted him inside, crashing up the middle with Anthony Chickillo running interference. He was able to bounce off of the upback and extend an arm out, but again came up just short.

We already know, of course, that he is capable of blocking punts, as he has accomplished the feat twice during the preseason. With so many close calls already through five games, it is beginning to feel like it’s only a matter of time before he gets one in a game that counts.