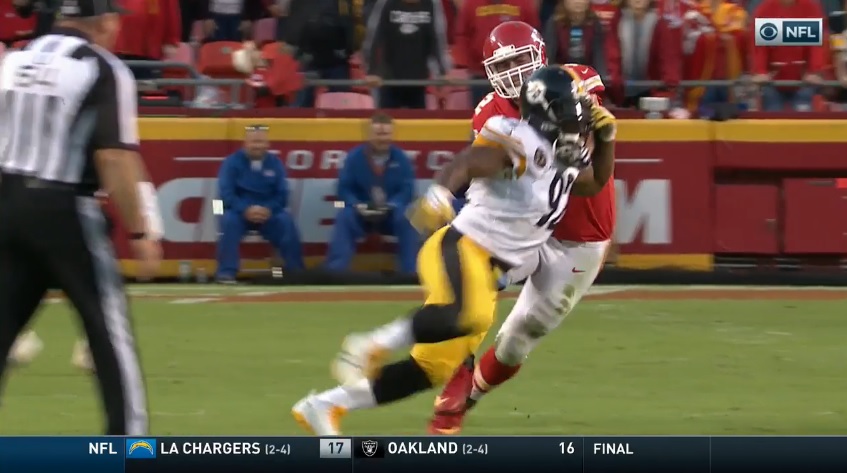 In Greek mythology, Sisyphus was punished by having to a roll a boulder up a hill, only for it to fall back down whenever he reached the top. Over and over again, a personal hell he was forever bound to. Sunday, and in every such matchup, Chiefs’ left tackle Eric Fisher is Sisyphus. The boulder? James Harrison.

Harrison again toasted Fisher in the game’s biggest moment, using one of two moves that has made Deebo’s career the immense success that it is. Great pass rushers don’t need five moves. Most need only two. For Harrison, it’s his speed bull and rip. The latter has is what he’s used for Fisher again on Sunday. Let’s take a look.

In his rip move, Harrison wants to take the tackle’s best asset, his hands, away. He uses his inside arm to rip under Fisher’s outside arm, hooking his elbow and taking away the tackle’s power. 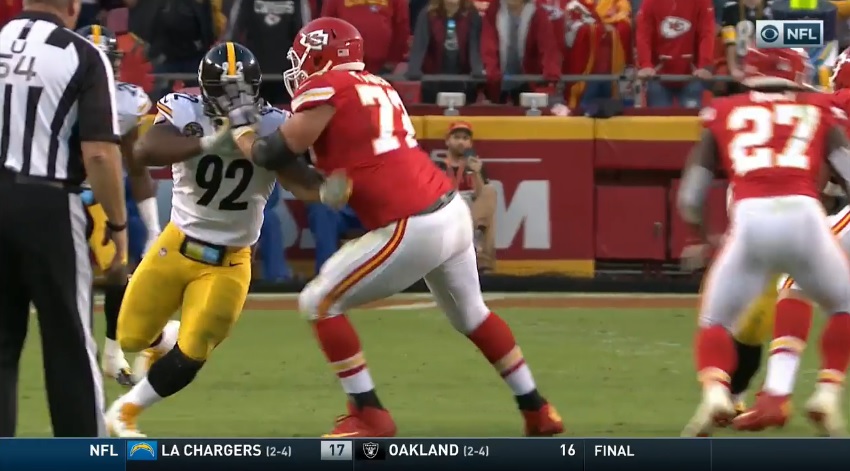 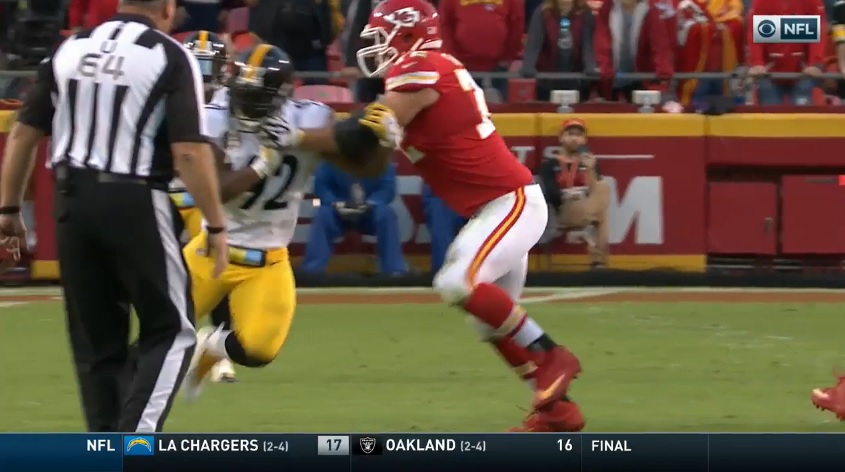 He then rips and dips under. Harrison has the leverage advantage, over six inches shorter, and Fisher’s hands are useless. Outside hand neutralized, inside arm no use with Harrison swapping hips. 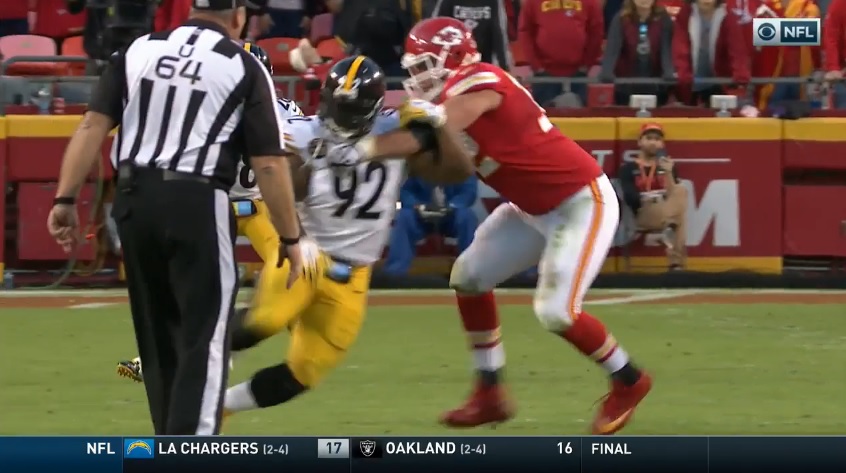 At this point, Fisher is just along for the ride. Harrison keeps Fisher’s arm hooked as he swaps hips and corners the edge. He sacks Alex Smith, creating the 4th and 18 that gets the Steelers off the field and win the game.

It was the same story in last year’s Divisional Game. Same matchup, Harrison v Fisher. Same move, the rip, and only a slightly different result. Here, Fisher gets called for the hold, negating the would-be tying two-point conversion.

Sunday, all Fisher could do was help pick up his quarterback. I’m guessing he was pretty tired. After all, he just had to try and push a boulder.

James Harrison talks about his late fourth quarter sack to help seal the win over the Chiefs. pic.twitter.com/8XqHzuKBTj