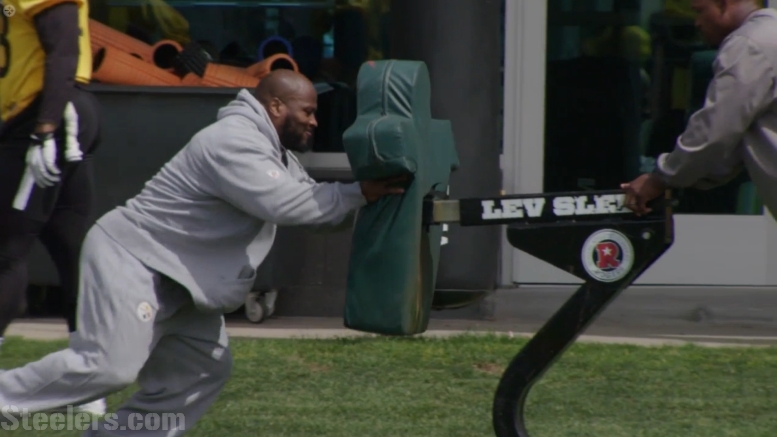 Did James Harrison really miss Sunday’s game against the Baltimore Ravens because “he had missed a lot of preparation time” while battling an illness late in the week? That is what Pittsburgh Steelers Head Coach Mike Tomlin would have us believe, as that is how he explained the 39-year-old’s presence on the inactive list during his pre-game press conference yesterday.

But as we laid out last week leading up to Sunday’s game, he is also, at least for now, a logical choice for a gameday inactive spot just because of the way that the 53-man roster is laid out, the needs on special teams, and—oh yeah—the basic reality that he has not been playing anyway.

Earlier this week, the Steelers finally had a roster in which the health broke the right way to actually force them to have to make a decision as to who to deactivate at the linebacker spot, and Harrison was the selection. He is the only one who is neither a starter nor a contributor on special teams, and those players are almost always the logical choice.

Tomlin said that Harrison “was feeling better Sunday”, and tried to indicate that things will be different this upcoming game because he is no longer ill, or at least getting over his illness. He seemed to imply that his practice participation will dictate whether or not he dresses.

But unless there is an issue with Bud Dupree’s shoulder this week, it will be hard to find him a spot. With T.J. Watt and Stephon Tuitt both back from injuries, there is even less of an opportunity for him to lock on to a helmet due to injuries.

It would seem to me that the only alternative to get him to dress would be to bench Arthur Moats instead, who functions as the starting left ‘tackle’ on the punt coverage unit this year, though he has, at least as of yet, not done much else on special teams.

Moats has only seen about a dozen or so snaps on defense so far this year, but he has had around double that workload on special teams, and he registered his first tackle of the season in that role on Sunday.

Later in the week, I intend to take a look at Moats’ snaps playing on the punt coverage unit against the Ravens to see exactly what it is that he is bringing to the table for the Steelers on a weekly basis, if he is going to be the cause of Harrison not dressing.

If it is not Moats who has to sit in favor of Harrison on a healthy roster, then I struggle to come up with another logical answer. Outside of Joshua Dobbs, two offensive linemen, a defensive lineman, a wide receiver, and a cornerback, the most logical place for the final inactive to come from is linebacker…and Harrison is still the most logical choice to sit, based on how the season has played out so far.