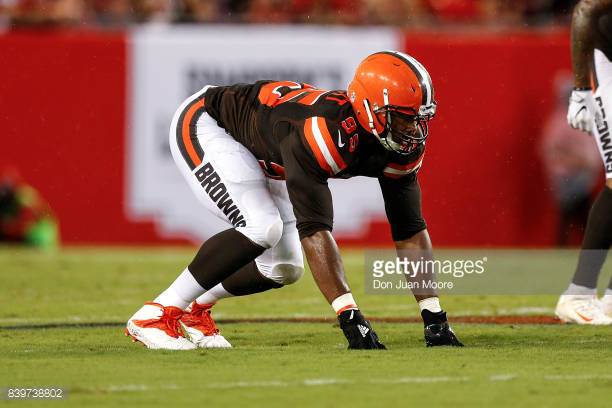 Hue Jackson has now been the head coach of the Cleveland Browns for 20 games, and his teams have posted a 1-19 record to date over that span. That includes an 0-4 start to the 2017 season that featured three losses inside the division already, and a 1-15 campaign in 2016.

But they have yet to see the greatest fruits of their labor to date, because that 1-15 record a year ago earned them the top draft pick in the 2017 NFL Draft, which saw them use the selection on edge defender Myles Garrett.

The virtual consensus best prospect in the draft, Garrett has not dressed yet for a game after he suffered a high ankle sprain in early September, which resulted in him being featured on the inactive list for all four losses.

But he is finally getting close to returning from the injury and making his NFL debut, even eyeing this upcoming game against the Jets, according to the team’s website, after being able to return to practice in a limited capacity by the end of last week. He is expected to do more today.

“We still weren’t comfortable that he was 100 percent and where he needs to be”, Jackson said of his top draft pick earlier this week about him not playing on Sunday. “I think he had a good couple of days of practice, but it still wasn’t to our liking as a group together”.

The first-overall pick has already had to deal with a number of injuries since being drafted, including an earlier ankle sprain in the spring that saw him spend most of his time leading up to training camp recovering from that.

Jackson went on, saying, “he is an important part of our organization. We are going to stick him out there when he is ready to go, not when all of a sudden, he can have setbacks and we lose him again for four or five weeks”.

He was asked if the plan is for him to play this week, and he responded, “I hope that is where it is going”. Adding a talent like Garrett into the starting lineup could provide a big boost for a team that desperately needs some type of positive turnaround.

Another important linebacker that the Browns have been without for the past two weeks is Jamie Collins, for whom they traded last year from the Patriots. They signed him to a long-term contract extension earlier this year.

Collins suffered a concussion, which caused him to sit out the past two games, and Jackson told reporters that he remains in the concussion protocol still. It is unclear, of course, when he will receive clearance to return to play.