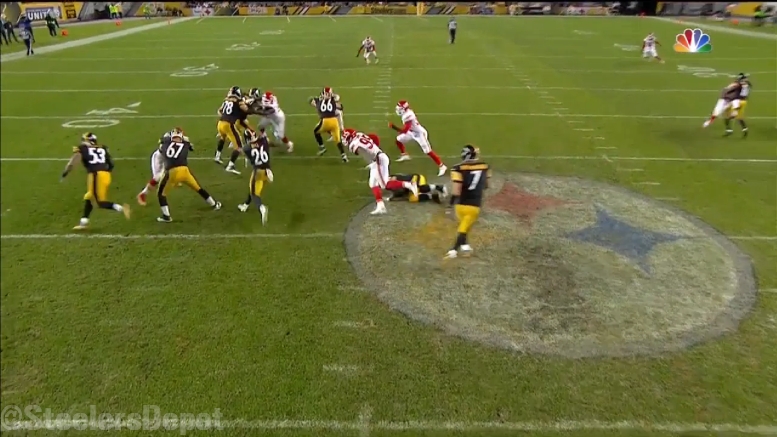 Now that the Pittsburgh Steelers Friday injury report has been released ahead of their Sunday road game against the Kansas City Chiefs it’s looking like starting left guard Ramon Foster will miss the Week 6 contest with a back injury. Should that ultimately happen, reserve interior offensive lineman B.J. Finney will start in his place. On Friday, Finney said he’s prepared to do just that.

“That is something for Coach (Mike) Tomlin,” said Finney after Friday’s practice when asked if he expects to start on Sunday, according to Teresa Varley of steelers.com. “My mind frame is always be ready, always be prepared, and when they need me, they need me. I need to be ready to answer the call. I take care of my business, stay in my lane, don’t think about anything else and keep my preparation the same.”

Finney, a former undrafted free agent out of Kansas State, is no stranger to starting at left guard in place of Foster as he did just that two times last season. Strangely enough, Finney’s first career start came against the Chiefs last season in a Week 4 game at Heinz Field. The Steelers won that game big and Finney played well in the process.

In the two games that Finney started last season for the Steelers at left guard, the offense registered 389 net-yards rushing and 4 touchdowns. His other start last season came at center in the Steelers Week 17 game against the Cleveland Browns.

This season, Finney has played sparingly on offense at both left guard and as an extra tight end. He said Friday that he has received an extended amount of reps this week during practice while Foster has been sidelined with his back injury.

“That is the great thing about having a lot of reps, you are comfortable,” Finney said, “and you know the techniques of the guys around you instead of just being thrown into it.”