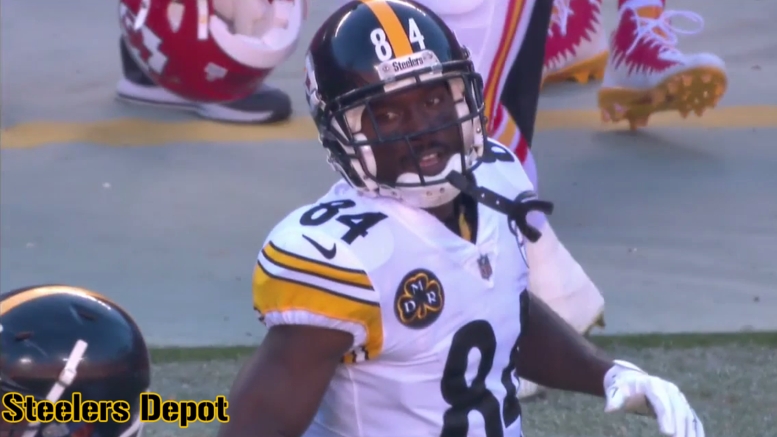 It was just another day, another step forward in the record books for Pittsburgh Steelers wide receiver Antonio Brown, who in his eighth season is beginning to share names with some elite company. The perennial All-Pro set new standards for the team’s own history yesterday and continues to stack up well with the historical elite.

He added another eight receptions and 155 yards through the air during the team’s victory in Kansas City yesterday, while also notching his second touchdown of the year—rather late for that to be only his second of the season, but the passing game in the red zone this year has not been where it needs to be, in his defense.

Those numbers give him 48 receptions for 700 yards on the season, averaging 14.6 yards per reception, the highest of his career since becoming a full-time starter. By a full yard. He is practically running laps around people at the moment, with A.J. Green (on a bye week, mind you) the nearest receiver with 504 yards. Larry Fitzgerald’s 42 receptions is the only total within single digits, though Jarvis Landry has 38 in one fewer game played.

Averaging eight receptions per game for 117 yards, Brown is currently on pace to put up roughly 1867 yards on 128 receptions, numbers that are frankly good no matter how you look at them. But he is also making longitudinal headway these days.

With his 155 yards yesterday, Brown eclipsed the 9000-yard receiving mark for his career, reaching the mark in his 107th game, according to Dom Rinelli. Only three other players in NFL history have reached the mark faster, tying Randy Moss for the fourth-fastest.

And remember, Brown was virtually a non-factor as a rookie, gaining just 167 yards in nine games. Take out his rookie year and he has 8910 receiving yards in 98 games—and he wasn’t even a full-time starter his second year either.

#Steelers WR @AB84 will tie @RandyMoss for the fourth-fewest games (107) to reach 9,000 receiving yards in NFL history with 78 on Sunday: pic.twitter.com/W0wP4sLiDk

Only Lance Alworth, who dominated with the Chargers in the 60s, reached 9000 receiving yards in fewer than 100 career games, doing so in 98. Calvin Johnson reached the mark in 102 games, while Torry Holt did so in 105. Jerry Rice hit the mark in his 108th game. Hines Ward previously held the record for the Steelers, accomplishing the mark in…159 games. 52 games more, or three and a quarter additional seasons.

But nobody has been this productive in terms of both yardage and receptions over time. Brown earlier this year became the fastest player to reach 650 career receptions, and he could hit 700 in the next two or three games, sitting currently at 680. He would be the fastest to that mark as well.

In today’s game, he simply comes the closest to personifying the meaning of consistency—if you ignore the muffed punt, of course. He has four games of eight receptions for 100 yards this year already, thrice putting up over 150 yards, and thrice at least 10 receptions.