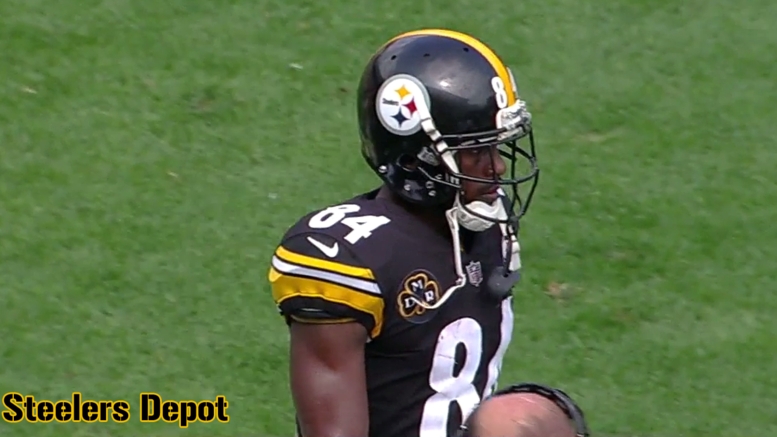 But you probably already knew that title was true. Love them or hate them, PFF is certainly exhaustive in their research and yet again, they’re high on Antonio Brown.

They released their grades for the league’s best receivers after five weeks. Brown topped the charts.

Who are the 10 best receivers in the NFL through five weeks?https://t.co/Z7bkTYs3Ei pic.twitter.com/unYBhhCNT0

Diving a little deeper, here’s what PFF had to say about AB.

“Brown has also not dropped a single pass this season and his 40 catchable targets are the most among receivers without a dropped pass. Brown is on pace for a third 120-plus reception, 1500-plus yard season, which would be the third such season of his career. No other receiver in NFL history has more than one.”

That last nugget of information is jaw-dropping. But that shows at the incredible level Brown’s game is at.

Specifically, Brown is one pace to finish 2017 with 128 catches for 1744 yards. What’s funnier is that those wouldn’t be the best numbers he’s put up in each of those categories, career highs of 136 and 1834 respectively.

Even in a time where the Steelers’ offense is the league’s most disappointing, Brown has been immune to their ills. He leads the league in receptions, yards, and averaging 13.6 yards per catch, the highest number since 2013.

He’s only one of two receivers in the NFL, A.J. Green being the other, to average over 100 yards per game. If that number can hold for the rest of the season and Julio Jones fails to do the same, Brown and Jones will be tied for the most such seasons in NFL history. Calvin Johnson only had three. Marvin Harrison, Terrell Owens only twice each. Jerry Rice only accomplished it once.

The other good nugget PFF dropped is that Brown has caused seven missed tackles this season, second of all wide receivers. He’s been as good as it gets. Which for him, is an awfully high bar.