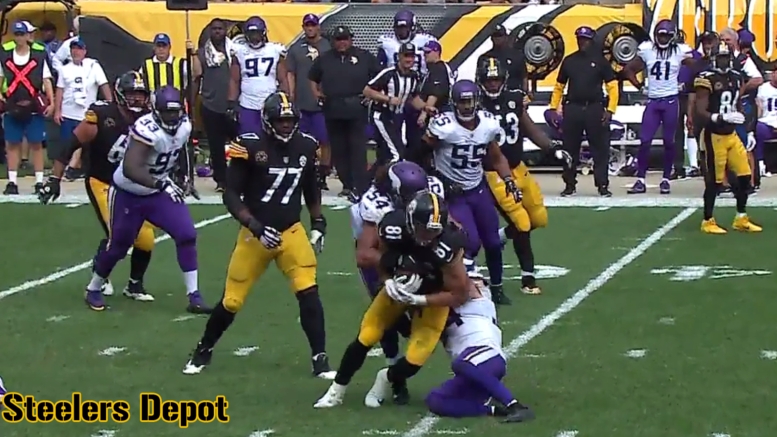 Question: Will the Steelers finally have all of their starters on the field for the first time in over three years?

Over the course of the day yesterday, Jim Wexell pondered on Twitter when was the last time the Steelers actually had every player that they intended to start on both sides of the ball actually start and play in a game. It had, seemingly, been a while, and the question prompted me to do the leg work.

As Dave Bryan noted yesterday, my search brought me all the way back to the second game of the 2014 season. With Martavis Bryant missing all of the 2016 season due to suspension (among long-term injuries to other plays overlapping), Maurkice Pouncey missing all of 2015, and Jarvis Jones suffering an injury in the third game of the 2014 season, we have to work our way far back to get close.

But even that third game didn’t see the team at full strength, as Ramon Foster sat out that game, Cody Wallace starting in his place. This was also the debut of Chris Hubbard, who checked in late in a blowout win when Pouncey was taken out of the game and Wallace moved over to center.

Cam Thomas was the starting left defensive end at that time, with Brett Keisel functioning as a reserve who nevertheless often ended up playing more snaps anyway. Stephon Tuitt would not enter the starting lineup until the last four games. And Martavis Bryant only entered the starting lineup late in the year, inactive for the first six games. Justin Brown was the third receiver at the time.

We haven’t seen the team yet at full strength this year either, with Bud Dupree missing the opener, Stephon Tuitt missing the next two games, and Mike Mitchell sitting out Sunday.

But we might have all hands on deck on Sunday. Everybody except for Gilbert was a full participant in practice yesterday, and Gilbert’s absence was evidently due to planned rest as he works his way back from a hamstring injury.

I’m not sure what’s harder to believe: that it’s been more than three years since they’ve been able to field the team that they wanted, or that it might finally happen again.