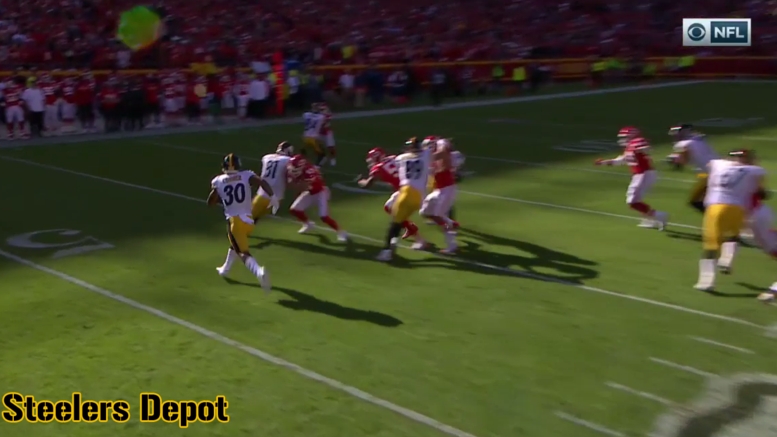 Question: Game Edition – Will the offense be able to continue to build upon their success running the ball?

Last week was really the first game of the season in which the Steelers truly ran the ball very well. They had good cumulative numbers a couple of games ago against the Ravens, but it was more an effort of attrition than it was domination.

That changed against the Chiefs, who admittedly have not ranked well on the ground. But all aspects of the running game were on point, from the offensive line, to the tight ends, to the running backs, of course, even to the wide receivers.

If the Steelers can continue to get that holistic success from all components, there is no reason that they can’t continue to run the ball frequently and with efficiency, as they were doing during the second half of the 2016 regular season and into the playoffs. After all, it’s mostly the same personnel.

But the Bengals have been one of the stingier defensive fronts against the run in the NFL, allowing just 3.8 yards per carry so far, with only one long run against them, a breakaway 49-yard touchdown. In comparison, the Steelers are averaging 4.7 yards per carry allowed, with six long runs going against them.

Of course, the Steelers have been able to run the ball against tough Cincinnati defenses in the past, and they had success against some of the better run defenses in the league a year ago, such as the Giants—not so much this year.

They have the proven talent that should enable them to run against any team at any time, and they appear to be getting closer and closer to hitting their full stride. But one game can be an anomaly. It’s time to string some quality games together on the ground.