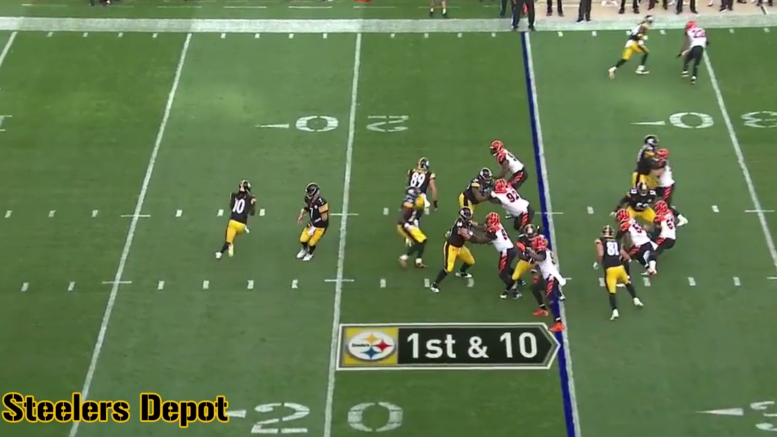 Question: Will Martavis Bryant finish the 2017 season in a Steelers uniform? Will he start the 2018 season in one?

The Martavis Bryant drama is now two weeks running since reports indicated that he had in weeks prior requested a trade. While he subsequently denied the report, he seemed to let the cat out of the bag on social media after yesterday’s game, in which he got just two touches for a combined five yards.

In response to somebody saying that JuJu Smith-Schuster, the Steelers’ rookie wide receiver who currently is tied for the team lead with three touchdown receptions, was better, he in so many words said that if the team gave him what he wanted—inferring here a trade to a team with more opportunities—they would see who is better.

There exists in this scenario the potential for a toxic climate that could snowball if left to fester. If Bryant is going to continue to be used in a reduced role with few targets and touches per game, and he really is unhappy with his role on the team and would rather seek opportunity elsewhere, I don’t see why it would be impossible for it to create issues in the locker room.

As I wrote last week, he has said publicly all the right things, but he still has exposed these moments of mental fragility, baited by a comment on social media to go on rants he would subsequently have to delete, and one has to wonder where it all ends.

Would it become so bad that they would have to try to move him mid-season, even if that meant releasing him? That would seem unlikely from where we currently stand. And they have already said they’re not looking to move him, though that could change. But what about next year? Smith-Schuster isn’t going anywhere, nor is Antonio Brown. Where does that leave Bryant?