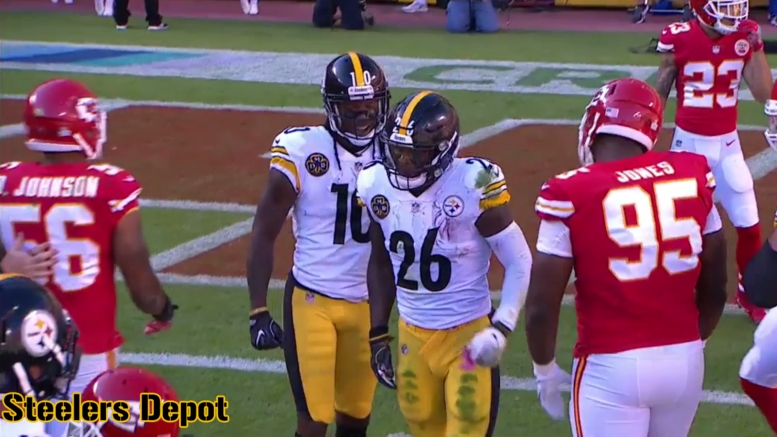 Question: Would the Steelers really trade Martavis Bryant, and what could they hope to get for him?

According to multiple reports that surfaced and corroborated one another last night, third-year Steelers wide receiver Martavis Bryant earlier this season requested a trade, citing unhappiness with his role in the offense.

Despite the fact that his snap counts have gone down in recent weeks, he has still more often than not been the second-most targeted wide receiver in games behind Antonio Brown, who is of course always going to see as many targets as possible, even if it doesn’t always make sense.

But even though he may not necessarily be a traditional starter, as the Steelers do rotate a fair amount, he is still an important member of the team and in particular crucial depth. The team found out last season how quickly supposed depth can erode beneath your feet if injuries hit.

Bryant is still seeing more than half of the Steelers’ snaps on offense, even though he was only targeted three times yesterday, making two catches (including one for 20 yards on a slant with yards after the catch.

I do not think that the Steelers are even really entertaining the trade, and a report last night suggested that they are not interested in doing so at the moment. But let’s say they are, or will be, especially now that it’s out there, and teams are calling them. Maybe they’re thinking they can re-sign Demarcus Ayers to take his place, I don’t know. What can they get for him?

Even his value is hard to pin down. He has a resume of touchdowns, but that was two years ago. He has only had small flashes this year, and has ample off-the-field baggage. Requesting a trade while returning from a year-long drug suspension is another piece of luggage teams looking to bring him in have to consider.

All things considered, it would surprise me if a team offered more than a late-round draft pick for Bryant, which a high end of the fifth round. He hasn’t proven to be the same player that he was yet, so a team would have to gamble on him, while taking on somebody who is demonstrating that he is still a head case to some degree.