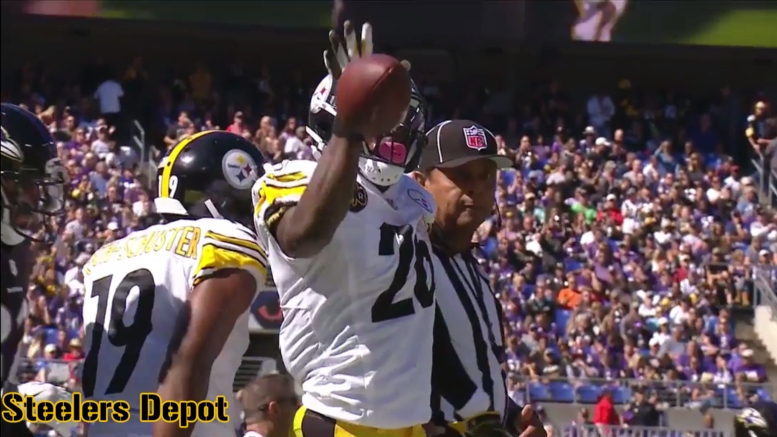 Question: Is the running game how where it should be, or were the Ravens just shorthanded?

The Steelers had clearly their best performance on offense—particularly on the ground—of the young season on Sunday in Baltimore, a place in which they have historically struggled. In fact, Sunday’s win featured the largest margin of victory they’ve ever had against the Ravens as the away team.

The Steelers have since talked openly about the fact that they came into the game with the intention of featuring Le’Veon Bell and the running game, and they certainly did that, with the running back having more carries on his own than Ben Roethlisberger had pass attempts, and there were another six runs added by others as well.

But here is the question to be answered: how much of their 173-yard rushing performance can be attributed to week-by-week improvement, and how much of it can be lain directly at the feet of the Ravens’ wounded defensive line, down two started in Brent Urban—on injured reserve—and Brandon Williams?

After all, it’s not like they averaged six yards per carry or anything. Taking out the kneel at the end of the game, the Steelers averaged 4.24 yards per carry, and they also had five carries that went for negative yards, three by Bell, which has only happened a handful of times in his career, last against Dallas in 2016.

There are still issues, I think, with both the blocking and the running, but they are manageable—I hope. Baltimore being without two of their three starting linemen is hard to dismiss. But I do expect them to run the ball well at home against the Jaguars, who are averaging 5.7 yards per rush so far.

Confidence breeds confidence, though. A good taste of that success on the ground is going to bode well, and will help to produce its own successes. I don’t know if the running game is quite where it should be, but if it’s not, it is coming along.