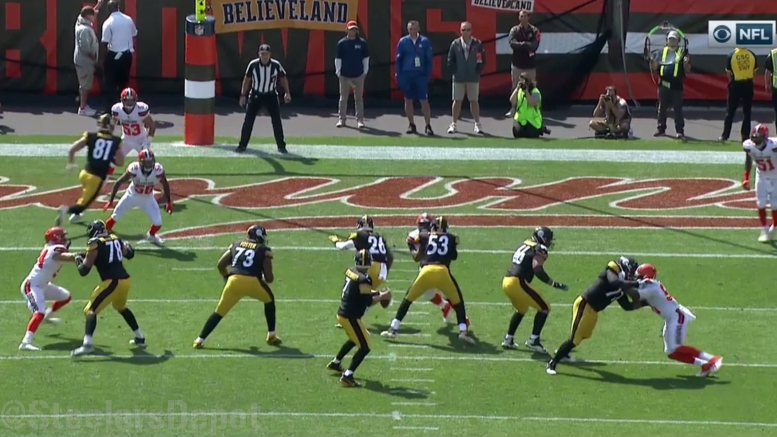 Question: Game Edition – Now will the Steelers actually get a chance to field every starter on both sides of the ball?

As we have discussed over the course of the past couple of weeks, it has been a long, long time since the Steelers have ever actually had the opportunity to field both an offensive and a defensive side in a game in which they were able to have every player that they intended to be a starter all on the field together.

Overlapping injuries, for example, to Bud Dupree and Cameron Heyward prevented the defense from ever fielding the 11 that they intended to field. Maurkice Pouncey missed all of the 2015 season, preventing the offense from doing the same.

You would have to go all the way back to week two of the 2014 season to find the last instance in which the Steelers were able to say that they’ve done this, which is over three years ago. They came close last week, but Marcus Gilbert was unable to work his way back in time.

Gilbert is now on pace to play today, but Ramon Foster is up in the air after not practicing all week, and officially coming in as questionable. The good news is that in the two games that Foster missed in 2016, the running game was very good with B.J. Finney in there…and one of those games just so happened to be against the Chiefs, though it was in Pittsburgh.

Injuries are simply a part of the game, of course, and can’t excuse everything that happens when they occur, but it seems to me quite notable that the Steelers have not had their starting 22 all together in a game in over three years.

Not even for one single, solitary snap. In three years.

Do they finally get that today?