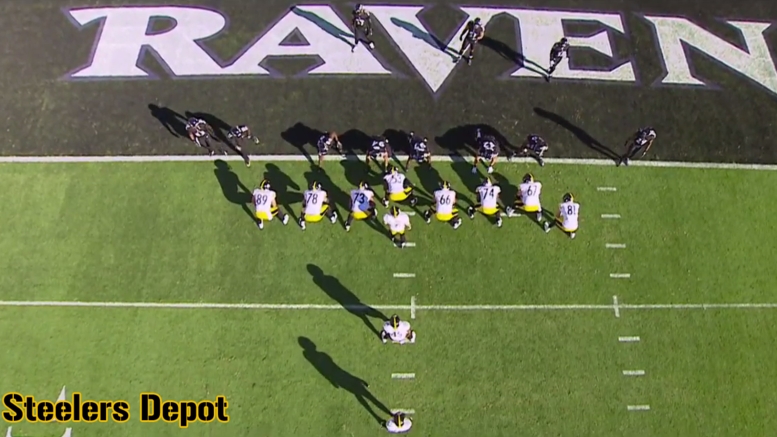 Question: How close is the Steelers offense from really hitting all cylinders?

Over the course of the past 11 regular season games, dating back to last season, the Steelers have posted a 10-1 record, including a 3-1 pace through the first quarter of the 2017 season. They have failed to hit 30 points in any of those games, however, reaching a top mark of 26 points, twice.

The only other game in which they scored at least 20 points was the season opener, which was only pushed over the top because the special teams unit was able to get a blocked punt that they recovered for a touchdown.

Even yesterday, after a relatively strong start, breaking out with 19 points in the first half, the Steelers managed just seven points through the third and fourth quarter, and it had to come at the benefit of a defensive takeaway that set them on the Ravens’ side of the field.

The game in Baltimore was clearly the one in which they came closest to resembling the offense that they are capable of being, but they have continued to undermine themselves in a variety of ways, stalling two drives inside the 15 because of bad penalties, and misfiring on third and short on a deep pass that should have scored.

But there were multiple positive steps in the right direction. They converted seven of 15 on third down, an improvement. They averaged at least four yards per carry. They still ultimately ended up three out of five in the red zone, and two for two in goal to go.

And there were other missed opportunities. A missed field goal could have made it 29 points with the final score, and if they had not passed up a two-point conversion, that would have made it 30. There are still some kinks to work out, but the offense is clearly getting closer to breaking out in full. How close? It’s hard to say.