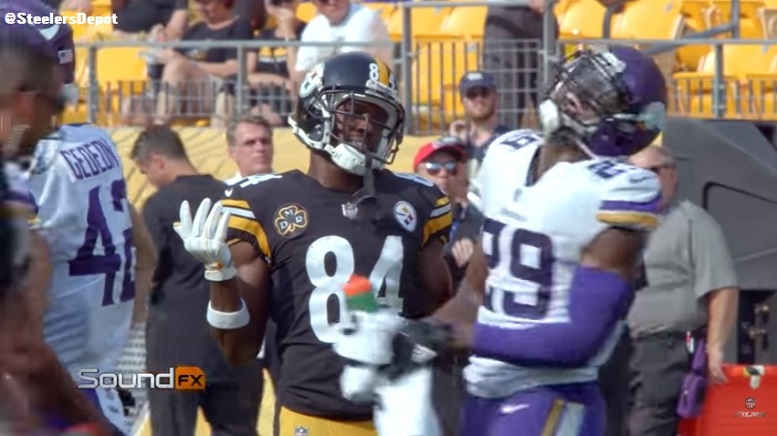 The Pittsburgh Steelers Week 2 home win over the Minnesota Vikings featured a great matchup between two good friends in wide receiver Antonio Brown and cornerback Xavier Rhodes. During the game the two players were mic’d up for ‘Sound FX’ and their in-game conversations were quite entertaining as you will see in the video below.

In case you’ve yet to hear the backstory, Brown and Rhodes are both Miami natives who attended the same high school. They also train some together in the offseason. Brown is a 2006 graduate of Miami Norland High School while Rhodes graduated from there in 2009.

Brown wound up catching five passes for 62 yards on 11 total targets against the Vikings with a few of those coming against Rhodes. The Vikings cornerback was also flagged for pass interference on Brown during a first quarter deep pass. That penalty resulted in 22 extra yards for the Steelers offense.

The best line in the video from Brown follows his late first half catch along the sideline with Rhodes in coverage. The play was originally ruled an incompleted pass but after it was reviewed by the officials, the call on the field was overturned as Brown was able to drag his feet in bounds prior to him being pushed out of bounds by Rhodes.