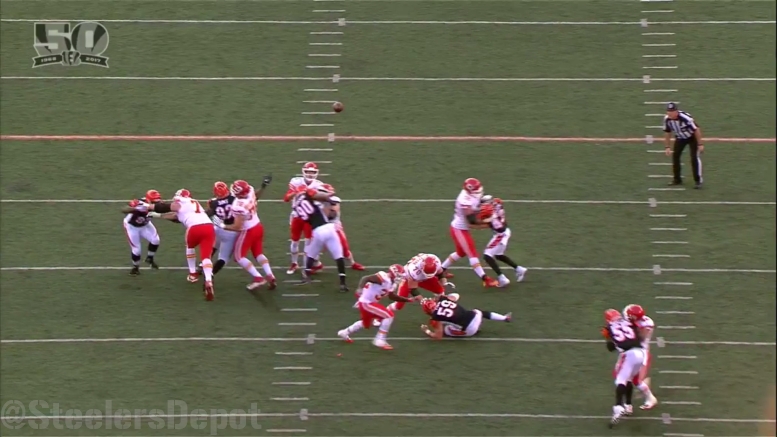 There are so far three major storylines this season for Cincinnati Bengals middle linebacker Vontaze Burfict. The first is that he was named a team captain. Then, off the heels of tackling his own teammate coming off an ACL injury in a non-tackling drill, he hit a defenseless player in a preseason game that drew a five-game suspension that was reduced to three.

Yesterday, another milestone in his 2017 narrative was planted along the path after the front office and the former undrafted free agent agreed to terms on a three-year extension that will tie him to the team through the 2020 season and puts him in the top five highest-paid players at his position based on new money.

It is believed that Burfict’s deal is expected to top out at around $39 million in totality, which is a tidy sum considering that he was only guaranteed just $1000 when the Bengals originally added him with a signing bonus of that amount back in 2012.

The biggest reason that he was an undrafted free agent was, of course, his on-field conduct issues, and they have followed him into his profession. To date, including lost wages for six games’ worth of suspensions, he has cost himself around $1.5 million in fines because of things exclusively that he has done on a football field.

Bu-bu-but he only had one personal conduct penalty last season, Bengals fans and beat writers bleat futilely into the abyss.

This is the second consecutive season in which Burfict is going to be sitting out Cincinnati’s first three games of the regular season due to suspensions stemming from his on-field behavior. Starting cornerback Adam Jones will also miss the season-opener for his conduct off the field.

Meanwhile, the Bengals are turning over a much younger defensive roster, over which the captain at linebacker must preside, over young players such as Carl Lawson, Jordan Willis, Jordan Evans, William Jackson III, and Andrew Billings, all of whom are entering their first or second season, but none of whom have seen game action before, and will this year.

“That’s the thing about it”, defensive coordinator Paul Guenther said—in a good way, to be clear. “Tez is going to be around and be with all these good young players. I think we’re all excited about what we’ve got for new players, particularly in the front seven, and you add them into the mix with Tez and that’s something we think is pretty exciting”.

Bengals owner Mike Brown has a history of standing by his players—many would say to a fault. Even the team’s website deliberately phrased this signing to an extension as a demonstration of the organization having his back, as they did during his suspension appeal, and as they did with Jones.