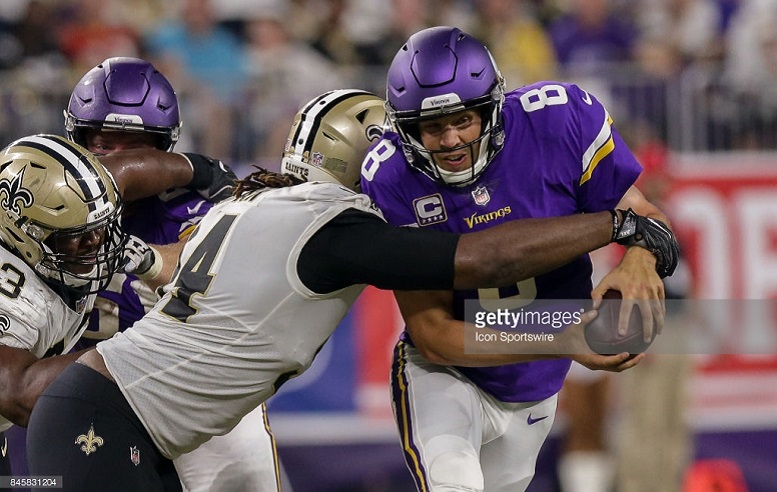 The Pittsburgh Steelers and Minnesota Vikings will both release their inactive list in toughly 90 minutes from now. At that time, we’ll know for sure if Vikings quarterback Sam Bradford will be able to play on Sunday.

Bradford, who ended the week listed as questionable with a knee injury, is currently considered a game-time decision, according to multiple Sunday morning reports.

Vikings believe Sam Bradford, listed as Q for Sunday, will be gametime decision, per source. They plan to work him out pregame, then decide.

The status of #Vikings QB Sam Bradford (knee) to be decided after a pregame workout, source said. Good news: His ACL & ligaments are intact

While Vikings head coach Mike Zimmer said a few days ago that he expects Bradford to play against the Steelers, it still didn’t prevent the team from signing a quarterback off their practice squad on Saturday.

In short, that promotion of Kyle Sloter to the Vikings 53-man roster on Saturday is evidence that there is some level of concern about Bradford’s availability on Sunday. Should Bradford wind up being on the Vikings list of seven inactive players, Case Keenum would get the start in his place.

In a related note, linebacker Anthony Barr and cornerback Xavier Rhodes are both expected to play Sunday against the Steelers after ending the week listed as questionable on the team’s injury report.

Vikings also optimistic that Xavier Rhodes and Anthony Barr, both questionable, will be able to play Sunday vs Pittsburgh.

Uh oh. Sam Bradford walking off the field already. He barely tested knee, didn't drop back at all. #Vikings #Steelers