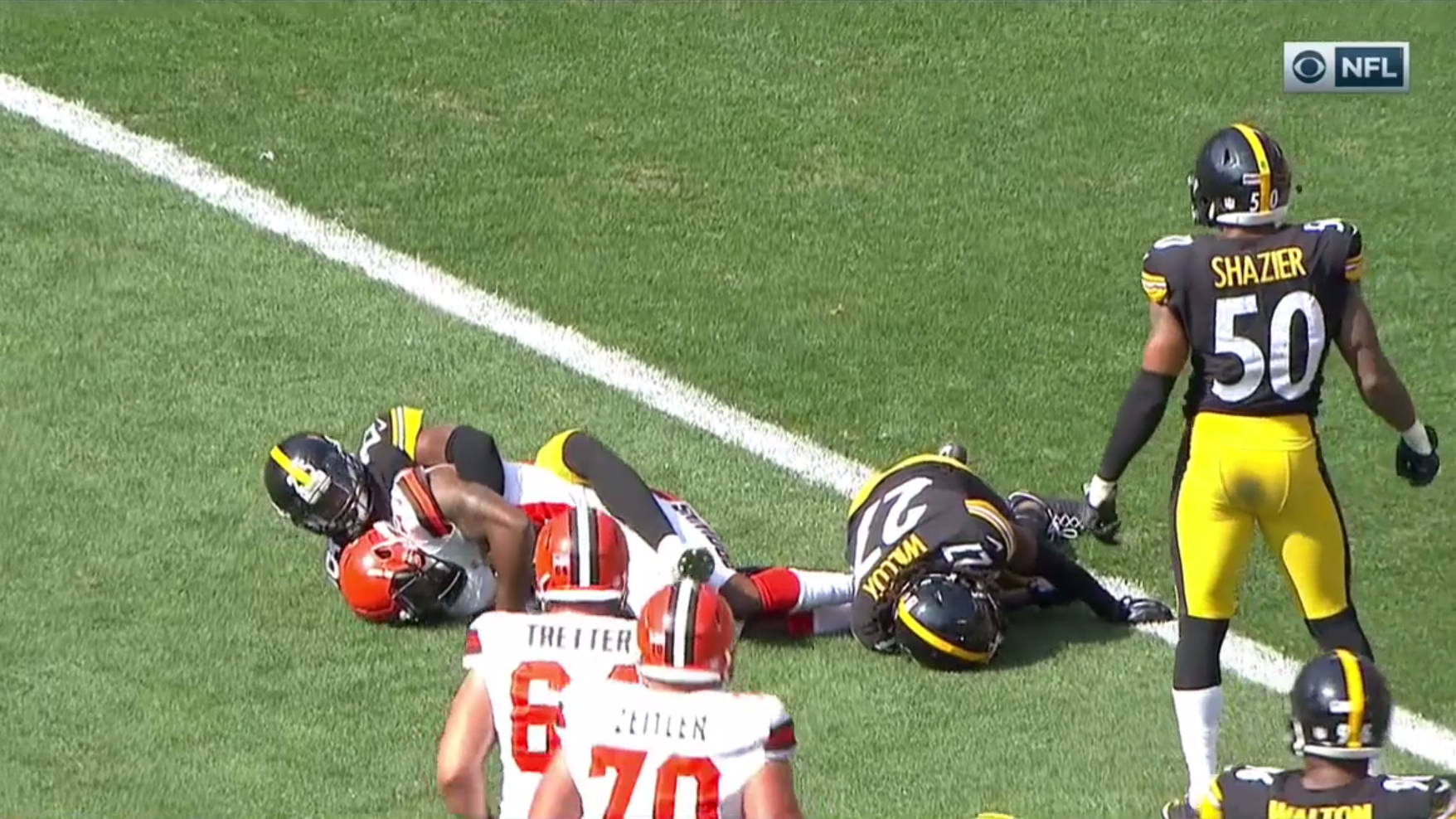 I don’t imagine that anybody is surprised to learn from Pittsburgh Steelers Head Coach Mike Tomlin that newly-acquired safety J.J. Wilcox is currently in the concussion protocol. Late in the team’s victory over the Browns on Sunday, the former Cowboys and Buccaneers defensive back was involved in a helmet-to-helmet collision with Cleveland wide receiver Corey Coleman at the goal line as he attempted to prevent a touchdown, unsuccessfully.

What I found surprising is that Wilcox was playing at all, or at least as extensively as he had been, after such a short turnaround from acquisition to playing time. I do wonder whether it was solely attributable to the Steelers wanting to ease Mike Mitchell back from his hamstring injury, because Wilcox’s only playing time came as a one-for-one replacement for Mitchell.

Over their defensive snaps, the Steelers had Mitchell, their starter, on the field for 44 snaps, while Wilcox played 20 snaps. Robert Golden did play one snap, this coming on the two-point conversion immediately following the former’s head injury.

I have already shared my opinion on the play, and I think it’s notable that Tomlin did not make any sort of defense regarding the nature of the penalty, nor was he or any of the players asked about the penalty, in contrast to the one given to William Gay after a delay.

The end result of Wilcox’s hit, however, is that he is now suffering through a concussion after colliding with the receiver helmet-to-helmet as the latter began to duck while in the grasp of Artie Burns in the process of crossing the plane.

It will be interesting to see what the implications are of this, although that assumes that the safety is going to remain in the concussion protocol and unable to play by the time the Steelers line up on Sunday against the Vikings.

Assuming that he does not play, the only legitimate confirmation that we would be able to get is if they liberally rotate in Golden for Mitchell, which would strongly indicate that they are working him back from injury.

If they do not, it could, but does not necessarily, indicate that they simply want to get Wilcox playing time. In contradiction to that theory is the fact that the Steelers did not use him at all as a third safety during the game, which is something that many assumed he might be used for when he was brought in.

Chances are he is not going to be ready for Sunday. He would have to return very quickly to practice, as Tomlin said that they are not at a point in the season in which players can play without practicing.