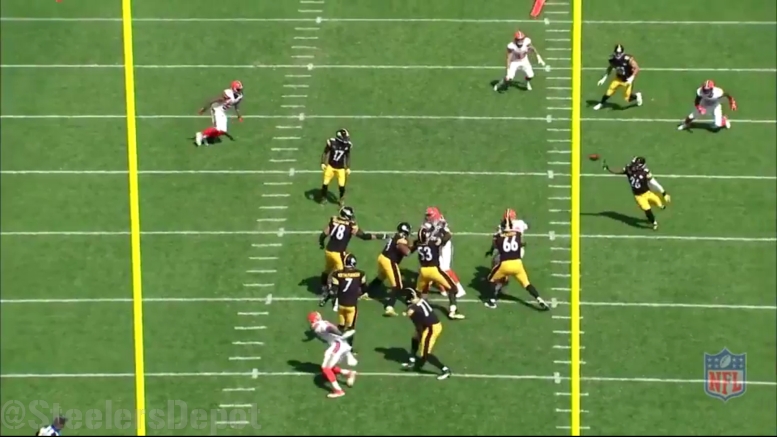 While Pittsburgh Steelers Head Coach Mike Tomlin has made it abundantly clear that he is tired of talking about running back Le’Veon Bell and the fact that he missed the entirety of the team’s offseason, reporting only six days in advance of the regular season opener, he still managed to talk about it anyway.

Following Sunday’s victory over the Vikings, during which Bell rushed for just 87 yards on 27 carries and a mere four receiving yards on four receptions, Tomlin was asked about the running back, and after saying that he was “done with” the Bell missing training camp story, he talked about his process of returning to the offense missing so much time.

“Much like Martavis, he’s going through a process from time missed”, he said, referring to wide receiver Martavis Bryant, how was suspended all of last season and has had to miss large parts of the offseason as part of that ongoing suspension process.

“Today was a significant step; he was better than a week ago, but again much like Martavis you’re not looking at a finished product”, Tomlin stated about the running backs’ two-week body of work. On the season, he has rushed for 119 yards on 37 carries, averaging 3.2 yards per rush, with 19 yards on seven receptions.

The All-Pro averaged more than that combined yardage per game last season, and nearly for his career. While his lack of productivity is certainly not due solely to his own performance, however, even Tomlin acknowledges that he needs time back in the system before he can play to his full effectiveness.

For his part, Bell said that the offense is “slowly but surely” coming together after producing a total of 40 points over the course of the first two games of the season. “Obviously, we’re not there yet. I think we’ll get better at converting more third downs and obviously not hurting ourselves with penalties”.

He did give his unit props for protecting the ball, having only had one giveaway over the course of the first two weeks, but “other than that, us putting up points, we still have a ways to go”, he said, and of course he would be right.

While he has a couple of gains in the double digits, he has not yet really approached breaking off an explosive play yet, but he said that he feels he is due for them to start coming. It took him a while to find them last season as well, but they found their way to the offense late in the year.

As the season marches on, I have no doubt that the offense will hit its full stride, provided that they are able to take their health and good fortune along the road with them.