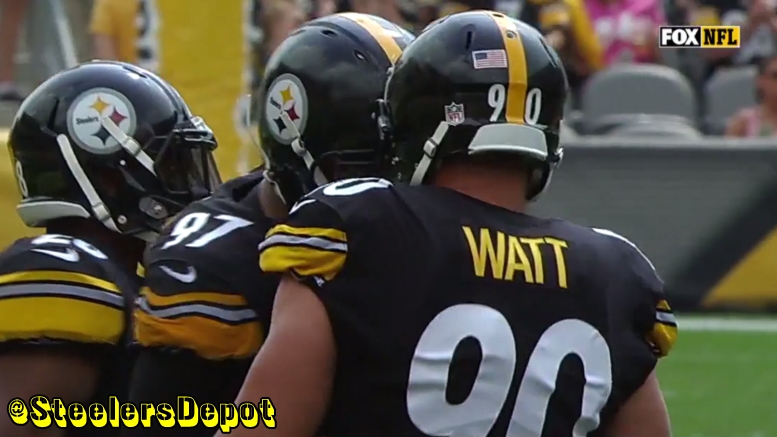 The Pittsburgh Steelers seem to be pleased with their early returns on investment in their 2017 first-round draft pick, outside linebacker T.J. Watt. After all, they have him running in the starting lineup when they don’t need him to be. He currently leads the team in interceptions and is tied for the lead in sacks.

Unfortunately, he also leads the team in regular season groin injuries. He exited Sunday’s game against the Vikings with one during the second quarter. But the good news is that he seems to be well on his way to returning to the field in short order.

Participating in yesterday’s practice on a limited basis, the rookie told reporters that he “knew” the injury that he suffered “wasn’t anything serious” at the time. He added, “after getting the scan back and everything it proved I was right”.

Watt on injury: “I knew it wasn’t anything serious. After getting the scans back and everything it proved I was right.” Said he’s day-to-day

According to Mike Prisuta he described himself as day-to-day, but being able to participate in practice immediately, even on a limited basis, is a good sign. It doesn’t guarantee that he will suit up on Sunday, but it sets him up to be in good position to do so.

Naturally, it comes down to how his body responds over the coming days to working out through the groin injury and how the coaches and the medical staff feel about it as well. If he doesn’t have any setbacks today, he could be on track to return to full participation in practice by tomorrow, and then potentially to play on Sunday.

“It sucks”, he said of having to come out of the game earlier this week due to the groin injury. “It’s never fun, especially when you feel like you finally get in a groove after one game”. I’m not sure rookies should even be hitting any kind of grooves so early on in their careers, to be honest, so for him to have that level of comfort two games in is pretty impressive.

Watt on having to leave game injured: “It sucks. It’s never fun, especially when you feel like you finally get in a groove after one game.”

While he may have had to bail early on Sunday, it’s possible that he may not miss any more time. At most, he figures to miss maybe a week, if even that, but the good news is that they don’t need to rush him back.

With Bud Dupree playing well in his return and Anthony Chickillo stepping in—with Arthur Moats and James Harrison both in the proverbial ‘holster’—the Steelers do have some legitimate options at the position to get by without him if it should be prudent.