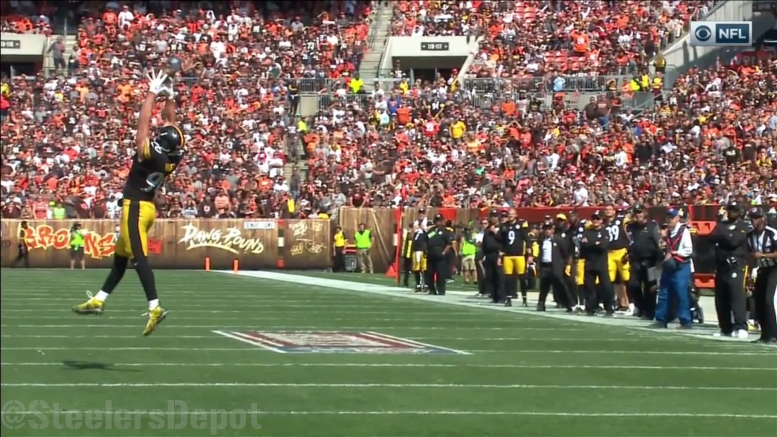 It’s perhaps not a great shock, given the stat line that he was able to compile, but Pittsburgh Steelers first-round pick T.J. Watt was named the NFL’s defensive rookie of the week for his performance in the regular season opener against the Cleveland Browns, in which he recorded six tackles, two sacks, and an interception.

Ed Bouchette of the Pittsburgh Post-Gazette had the news first that I was able to find.

Watt played all but four snaps in his NFL debut and certainly looked the part of an NFL starter, albeit a rookie starter who is obviously still progressing in his craft. He did trip over his own feet during a late-fourth quarter catch and run by Isaiah Crowell. While he got back on his feet, he was unable to make the tackle before the running back picked up 10 yards and a first down.

That was a minor blemish, however, in comparison to his complete body of work, and the timeliness of his performance. His first two tackles on defense were on Crowell on the first two plays of a drive, both runs, limiting him to a combined four yards to set up a third and long that they did not complete.

His interception was particularly timely, as it came just a play after he was flagged for a late his on the quarterback following an Anthony Chickillo sack that would have set up a second and 18. with the penalty, it pushed the Browns into field goal territory, but Watt was able to make a leaping interception on the next play as rookie quarterback DeShone Kizer looked to float the ball over his head.

Nice spin counter move back to inside by #Steelers rookie OLB @_TJWatt after being run up arc by T Joe Thomas. pic.twitter.com/RlRfTm2L3j