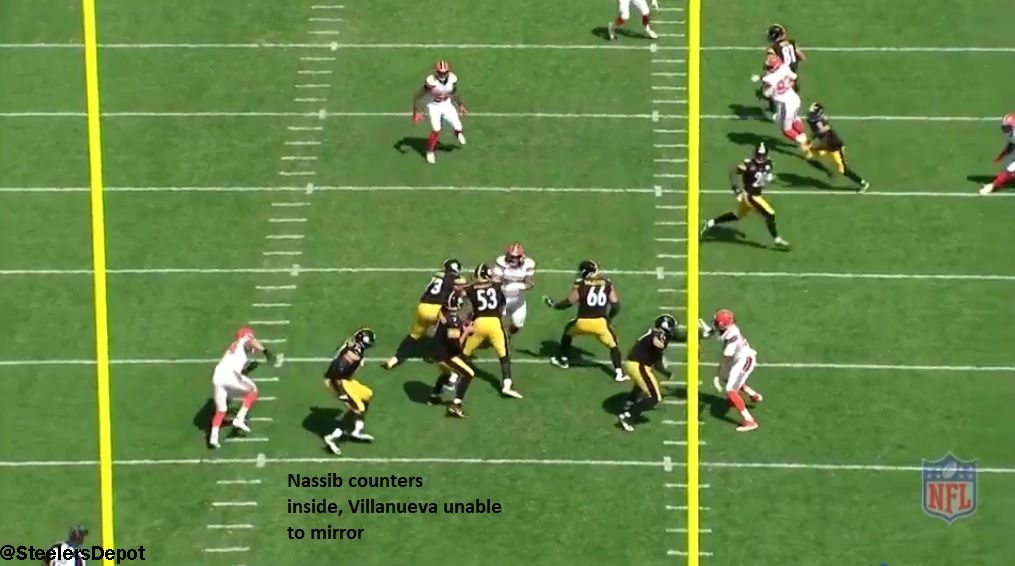 As we’ve done in the past, we’re back to break down each of the sacks allowed by the Pittsburgh Steelers in 2017. We’ll assign blame while also keeping track of penalties, too. In Week One against the Cleveland Browns, the Steelers gave up just one. Let’s take a look.

The Browns’ RDE Carl Nassib swims over Alejandro Villanueva off the edge. Villanueva tries to recover by leaving his kickslide and opening up his hips in order to seal Nassib up the arc. 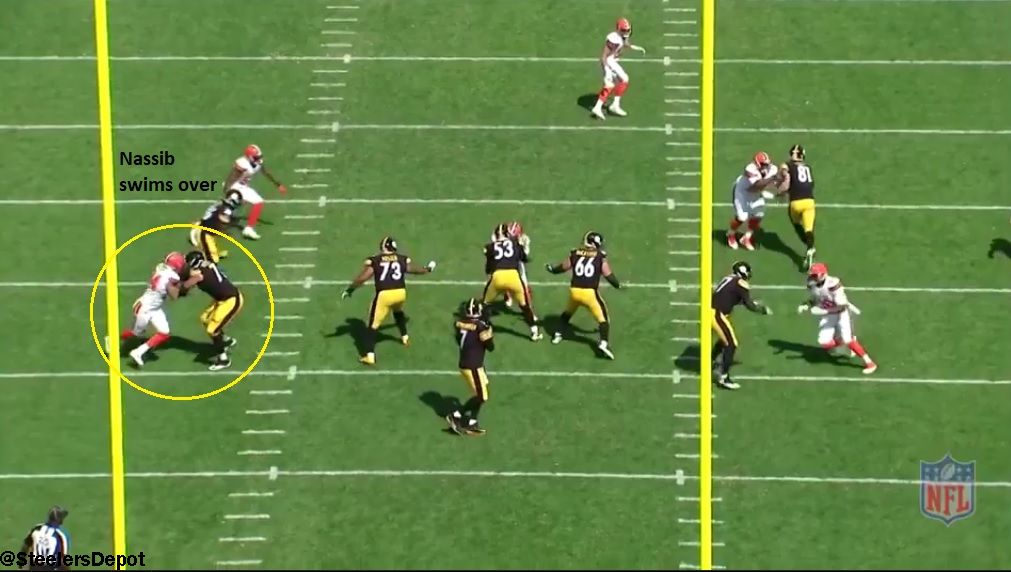 But Nassib does well to counter inside and Villanueva doesn’t have the base or lateral agility to recover. Turns into something that reminded me of Jonathan Scott’s butt block. 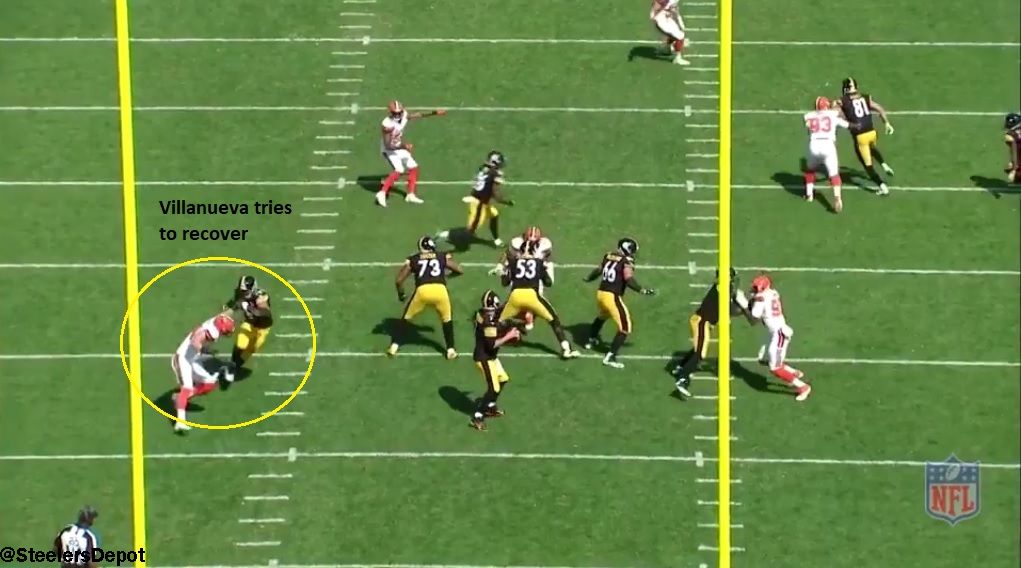 As for the passing concept, the Steelers are in an empty set and with the Browns playing with a two high look, there is a low probability of a blitz. Ben Roethlisberger wants to hit Eli Rogers on a short dig route but has to wait for him to clear the linebacker and Le’Veon Bell, running a shallow cross. 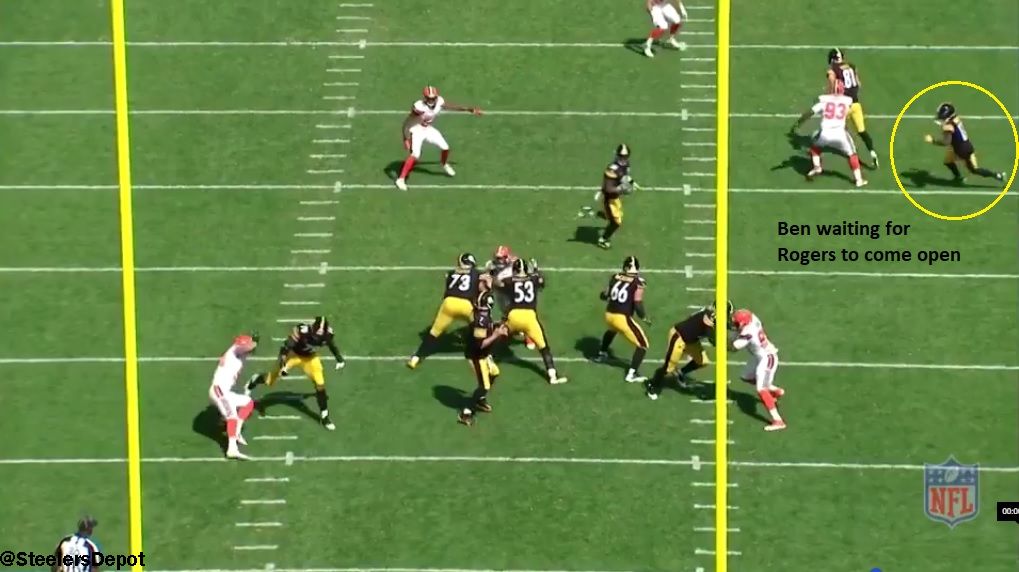 As it opens up, Roethlisberger begins to drift to his left. He winds up running into Nassib, who takes him down before Ben can get the throw off. 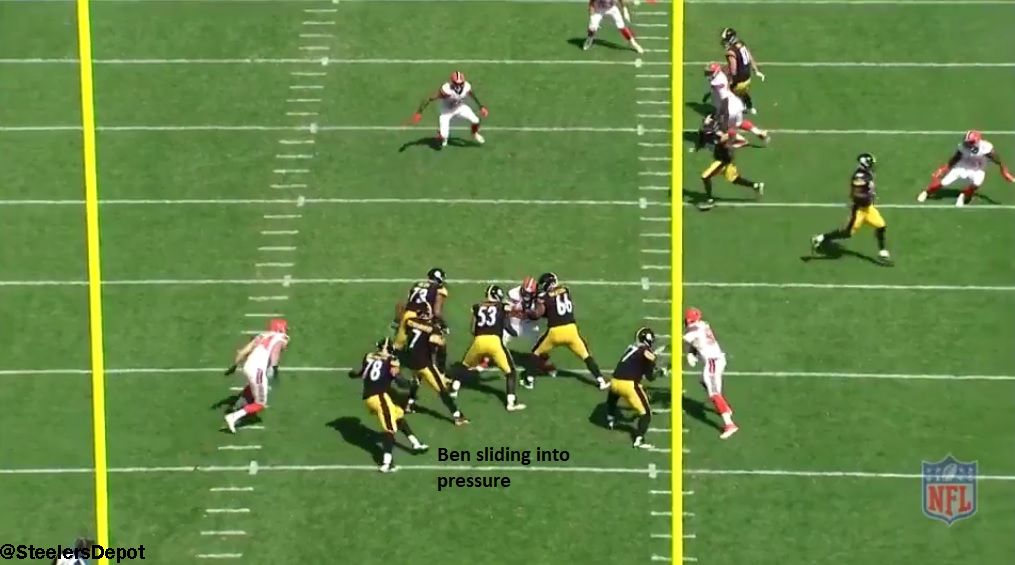 While Ben did drift into the sack a bit, it’s reasonable for him to expect the interior of the pocket to be intact. Villanueva just got beat that bad. Getting beat to the edge is one thing; you can seal, recover, and the QB can still step up. Get beat on an inside track and there’s not much the QB can do. So I put this one on Villanueva entirely. Ugly rep.