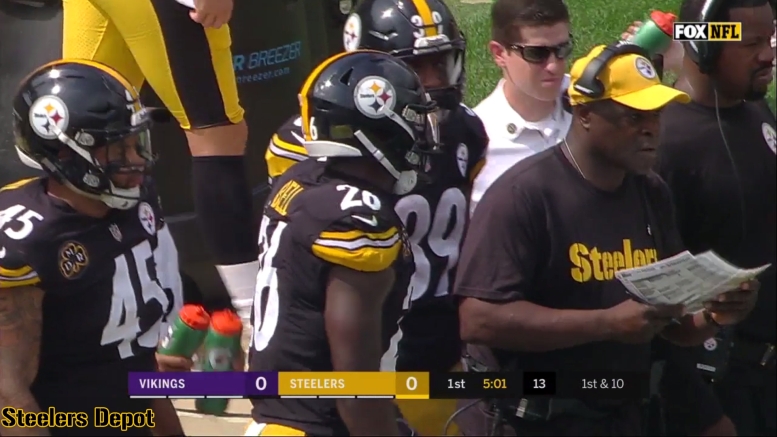 Back at it on gameday, breaking down what the Pittsburgh Steelers have to do to win (or lose) in today’s game against the Chicago Bears. My always unreliable prediction at the bottom.

– They can tackle in space. Even with Markus Wheaton back for the Bears, they’re still a team that is going to dink and dunk the ball underneath. Run a toss play on 2nd and long, a bubble screen on first down, and generally use spacing concepts to get their receivers open; on talent alone, they’re generally unable to.

So when you have guys like Tarik Cohen, the focal points of the offense, you can’t let him rack up YAC the way Darren Sproles did last year. Gotta get back to old-school Dick LeBeau principles. Stop the run, tackle the catch, create 3rd and long.

– Mike Mitchell protects the middle of the field. Mike Glennon isn’t a QB who throws much outside the numbers. They’re a MOF type team that looks to throw down the seam. That will fall on Mitchell’s shoulders to protect and prevent. I bet the Bears will look to take their shots. Needs to have a big day in coverage.

– Pittsburgh gets past the first level in the run game. The Bears’ defensive line is the toughest part of their run defense, especially #98 Akiem Hicks. They can win one-on-one matchups. But if you get past that, you can run on these guys. It won’t be easy but this is a day where the Steelers’ run game has to have success. Facing a 3-4 front, the Steelers’ interior linemen will more freely be able to move to the second level. Time to get this unit going.

– They keep being highly penalized. The Steelers are playing with house money with the number of penalties they’ve racked up – a franchise record 23 in the first two games. Eventually, that’ll catch up to them. Losing to inferior teams usually requires a combination of turnovers and penalties. So far, not many turnovers forced but lots of flags.

– Breakdowns in zone coverage emerge. The Bears, like I wrote earlier, use spacing concepts well. Levels (multiple digs), Pin (post + dig) and Dragon (slant/flat) are some of their favorite. One issue Ryan Shazier and Vince Williams have are getting too aggressive in zone coverage. Manipulated by quarterbacks to vacate their zone and open up the middle. In some ways, both those guys are actually better in man coverage because they can play to their natural aggressive state.

Playing a lot of Cover 2 could be risky given the Bears’ penchant for getting routes over the middle. Cover 1, and to a lesser extent, Cover 3, is what I’m rolling with.

– Offensively, they get out to a slow start. We’ve seen that song and dance on the road time and time again. Get behind, become more one-dimensional than you like, and try to play catch-up the entire game. Jump on Chicago early, control the clock, control the tempo, and it should be enough to win.