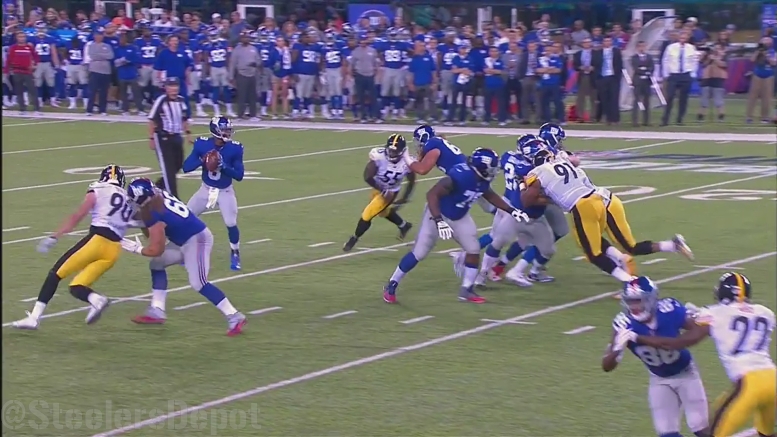 So as we race closer and closer to solidifying what will at least be the initial 53-man roster (and I hope you know by now how quickly these things can change; they made three moves the day after cuts in 2015, for example), I find myself wondering the following: with their recent acquisitions and business yet to attend to, will they be eying the option of pinching pennies?

The Steelers signed Joe Haden to a contract that will feature a low year-one cap hit, but it’s still over $3 million that they weren’t spending before, prior to displacement. New tight end Vance McDonald also counts more than $2.5 million, so this is over $5 million in new cap space that they have to account for.

And they also still hope to get defensive end Stephon Tuitt under contract within the next week or so, give or take a couple days, since the regular season for them begins on September 10. It can happen any time between now and kickoff on that day.

That could see them attempting to cut corners and save a sliver of cap space here and there, and to that end, there are a few obvious candidates who are sitting on the roster fringes who could see themselves looking for a new team shortly.

First up is Arthur Moats, who has the biggest cap hit remaining of all expendable players. Currently slated to be the team’s fifth outside linebacker, the gregarious and good-natured smasher of quarterbacks has a cap hit of $2.88 million and a base salary of $2.25 million. They would save the totality of that bases salary, with the rest accruing as dead money, if he were to not make the team.

Up next, going by cap hit, would be William Gay, the veteran cornerback entering his 11th season. Currently slated to open the season as the nickel cornerback, his job could be under threat from Mike Hilton. His cap his is $2.63 million, but his base salary is only $2 million. He still has another year on his contract, but it’s post-June, so if released it would clear all of the base salary before displacement.

Up next is Ross Cockrell, playing under the $1.8 million restricted free agent tender. He was going to start had they not signed Haden, but he doesn’t play in the slot or on special teams, so his only valuable is as a backup boundary cornerback. If released, the entire value of the tender would be cleared.

Though it disgusts me to type this, David Johnson can be considered here as well. He has a base salary of $900,000, though it really should be noted at this point that displacement is going to eat away at least half of that.

Last, and decidedly least, is Coty Sensabaugh, who if released would only yield a cap savings of $775,000, which, again, after displacement, would only net around $300,000 in savings. And they’re obviously not going to release Gay, Cockrell, and Sensabaugh.

But there’s a good chance that one of the two will be released, and Moats should watch himself as well. The team can save over $3 million in cap space just be releasing Moats and Cockrell, both of whom are now backups with limited value.