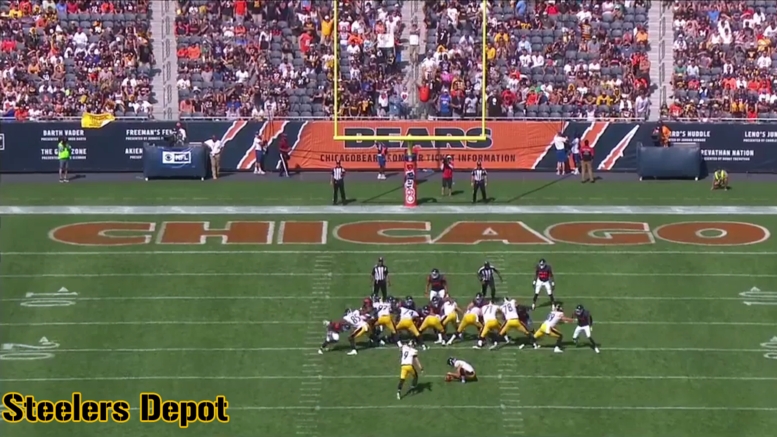 Pittsburgh Steelers special teams coordinator Danny Smith had been living the high life of sorts over the course of the first two games of the regular season, with his units coming up with big plays in each of them that had a legitimate bearing on the manner in which the game unfolded.

During the first game of the season, his punt return unit managed to block a Browns punt, courtesy of Tyler Matakevich, which was recovered by Anthony Chickillo in the end zone for an early touchdown. It is fair to wonder if they may not have won the game without that play.

Last week, it was Matakevich again coming up with a big stop on another punt return early in the second half when the Vikings attempted to run a fake punt. He was tipped off to the fact that it was a fake because Minnesota changed their alignment, and his assignment released, rather than tried to block. He was able to defend the pass and forced a turnover on downs.

Unfortunately, the Steelers were on the opposite end of the big special teams play of the day, as they suffered a blocked field goal at the end of the first half when Sherrick McManis was able to get around the left edge of the protection. The ball bounced directly to Marcus Cooper, who should have returned it for a touchdown.

We know what happened with that by now. Vance McDonald was able to run him down after he slowed approaching the goal line, stripping the ball out, and Jordan Berry was flagged for illegally batting the ball while it was in the end zone, giving the Vikings possession at the spot of the loose ball with half the distance to the goal.

But this is not about the aftermath, rather the initial event. Schematically, I do not believe that there was anything that went awry with this field goal attempt. I have reviewed every other field goal and extra point attempt of the season thus far, and it has virtually been identical in every instance.

It is important to note that the left wing in this instance, Xavier Grimble, has been the left wing consistently on every snap of the season on this unit of special teams, so personnel is not to blame. But I do wonder if the Bears saw something.

Previously, both the Browns and the Vikings had consistently tried to get their primary means of pressure against the Steelers off the right wing, that role having been served by Jesse James and Vance McDonald.

In the only prior instance of this unit in the game, it was Cooper rather than McManis who lined up against Grimble, but they swapped spots on the field goal attempt. Cooper did not make a serious attempt to get around the edge on the first rep.

In fact, this had been a common theme all season long, with a rather lackadaisical effort on the part of both the ‘rusher’ and the blocker, the latter being Grimble. On this play, he did not do anything differently than he had been throughout the season.

This is something that I had been observing since the preseason, but it seemed odd to me the relative lack of effort Smith’s wings on these units had displayed in limiting the rush around the perimeters, with a defender getting into the backfield, but not deep enough to block a kick, on multiple occasions.

I can’t help but wonder if this will lead to a change in what he asks the wings to do on these plays, who seem more interested in remaining attached to the rest of the protection rather than leading the edge defender wide.