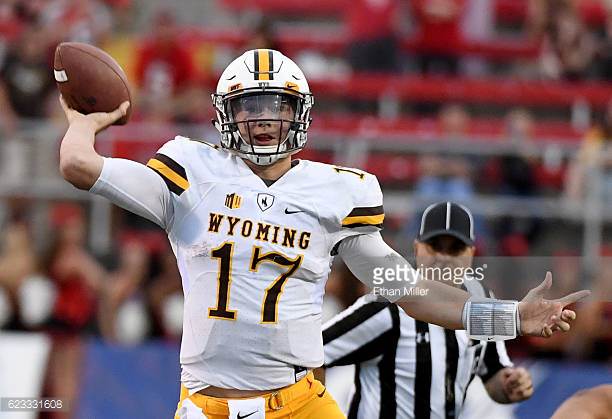 While the Pittsburgh Steelers are have finished up finalizing their initial 53 man roster, their scouts are watching their players of tomorrow.

Pittsburgh figures to show heavy interest in top QBs from now until the time they acquire their next franchise guy to lead the team post-Ben Roethlisberger era.

It’s a strong quarterback class led by USC’s Sam Darnold. But with a strong season, and assuming he declares. Allen is a junior, he’ll also be in contention for a first round pick.

Last year, Allen threw for over 3200 yards and 28 touchdowns. He’s regarded for having a strong arm and ability to create, like this insane, game-winning touchdown to beat Northern Illinois in triple OT last year.

Wyoming fell to Iowa yesterday and though Allen’s stats don’t look pretty, he has hamstrung by several drops from his receivers. This was ruled incomplete.

Josh Allen has no talent to play with ? https://t.co/gUhCgQ1UwX

He finished the day completing 23 of 40 passes for no scores and a pair of picks. But the box score isn’t in line with his talent and there will be better days ahead. And maybe the Steelers keep a close eye on him.