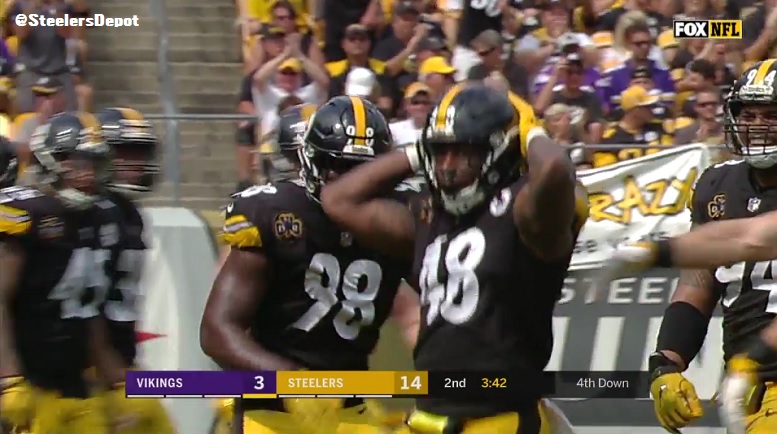 Pittsburgh Steelers outside linebacker Bud Dupree has been fined by the NFL for his post-sack celebration in the team’s Week 2 win over the Minnesota Vikings, according to Ray Fittipaldo of the Pittsburgh Post-Gazette.

Dupree’s actually fine amount is likely $12,154 and it will be interesting to see if he appeals it. Dupree was not flagged for his dance after he sacked Vikings quarterback Case Keenum on a third down and 7 play with 3:51 left in the first half.

As you can see below, Dupree did three hip thrusts after his sack. Had he stopped at two, maybe he wouldn’t have gotten fined. Sounds silly, doesn’t it?

Last season, Dupree was fined $18,231 for his AFC Wild Card game hit that knocked Miami Dolphins quarterback Matt Moore out for one play. Moore was placed under and quickly passed the league’s concussion protocol and returned to the game.