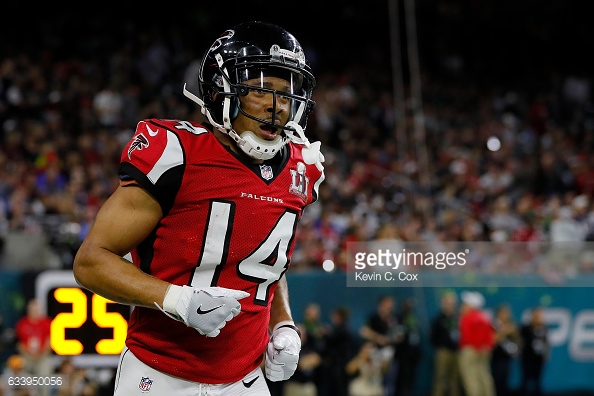 We’re through the initial wave of cuts around the NFL. With the league nixing the 75 man cutdown, it creates a huge influx of players coming through the waiver wire. Now that we know the list of available players (the list, if you haven’t seen it), here are several that makes sense for the Pittsburgh Steelers to scoop up.

Eric Weems/WR-KR: Weems is one of the oldest players on this list but still a good return man. There aren’t a lot of players in the league with the skillset to return kicks and punts, each job has its own unique requirements, but Weems has done it for a long time. Last year, he averaged more than 11 yards per punt and while his kick return average didn’t shine, he has a good track record.

He played 315 snaps on special teams, showing off his versatility. I know he’s been an upback for the Atlanta Falcons, rare for a small-ish receiver, but a job he’s done well. If you wanted to hypothetically dump Robert Golden (I’d still advise against it), here’s a replacement.

The Steelers cut one of their best options to replace Antonio Brown on punts in Demarcus Ayers and ditched virtually everyone we thought could return kicks (Toussaint, Davis, Coates, Tucker).

Travaris Cadet/RB-KR: I feel contractually obligated to write his name down at this point. Openly talked about trading him for a wide receiver but instead, Sammie Coates went to Cleveland and Cadet predictably got the ax. Cadet missed part of camp with injury but returned to the final game to have box score reflective of his versatility. Five rushes, six catches, five punt returns. He can do kicks, too.

If the Steelers want to add another running back, and based on their current roster construction, they can make it work. He’s the versatile, steady option on the cheap. Senior scout Rick Reiprish was with the New Orleans Saints when Cadet broke into the league. He knows him as well as anyone.

Frankie Hammond/WR-KR: The least impressive of the three. Hammond has a limited return resume in the regular season but averaged 30.5 yards on two kicks in the preseason while getting some work on punts, too. Ran a 4.44 coming out of Nebraska.

Angelo Blackson/DE: Mentioned him the other day. Still a young guy, third year in the league, who got some burn his rookie season, picking up 2.5 sacks. Good pedigree, out of Auburn, who played in Dick LeBeau’s system so the transition should be quick. Blackson will wind up inactive anyway so go with a young, cheap option rather than a more expensive option.

Xavier Cooper/DE: A third round pick by the Cleveland Browns, he saw two starts with them a year ago. He lacks arm length and isn’t a tremendous fit but when you’re looking for a 6th DL, you can’t be too picky.

Kapron Lewis-Moore/DE: Like his size at 6’4, 298 with over 33 inch arms. Prototypical 5T/4i. He’s been bitten by the injury bug something fierce, suffering a torn Achilles and a torn ACL in each of his first two years. As far as I’m aware, he did make it through this camp healthy though the Chicago Bears waived him yesterday. Again, a flier, no one to get super excited about, but it makes some sense.

Bobby Richardson/DE: Undrafted five tech who made 11 starts with the Saints back in 2015. Bounced around, unable to stick yet, and released by the New York Giants. Steelers brought him in for a workout after Cam Heyward went down last year. Maybe the flame of interest is still there.

Sean Spence/ILB: The Steelers have gotten hit with a wave of nostalgia over the years, reuniting with several ex-players. Spence could be next on that list. He had a good start to camp, according to some of the Indianapolis Colts’ guys who cover the team, then suffered an injury that caused him to miss the middle chunk. Got back for the final game. Last linebacker off the bench but would be a quality depth add as the #5.

Dwight Lowery/FS: Think this one is unlikely because of Lowery’s age, he’s 32, but one of the surprise cuts of this process. Started all 16 games for the San Diego Chargers last year, picking off a pass. Durable, hasn’t missed a game in the last three years. Tons of starting experience who may be forced to be content with a reserve role.

His 17 career interceptions are more than the entire current Steelers’ safeties, who have a collective 12. Gotta admit, that kinda hurt to write.