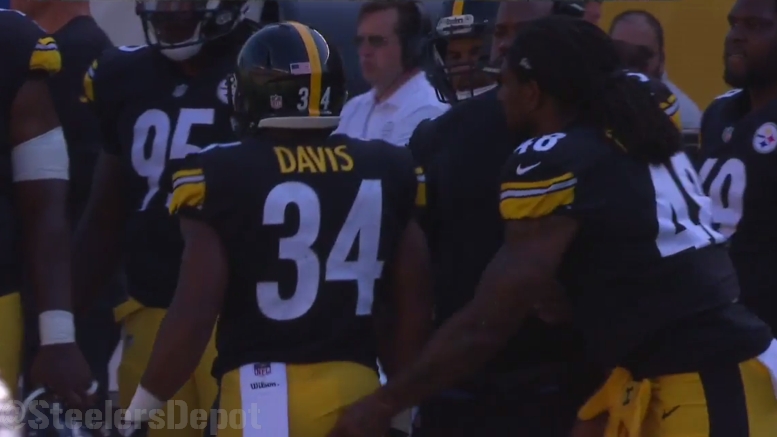 Seemingly somewhat becoming an afterthought rather quickly is the fact that the Pittsburgh Steelers defense on Sunday was without the services of third-year starting outside linebacker Bud Dupree, who has been dealing with a super-secret shoulder injury through most of August and September, going back to the early stages of training camp.

This was supposed to be the former first-round pick’s big breakout year, but it is currently being postponed because of this injury, and it is not clear as of the time of this writing when his year will actually begin.

We should presumably learn more from Head Coach Mike Tomlin in just a bit later today during his weekly pre-game press conference, during which he is expected to update the injury situation of many players, including, notably, Stephon Tuitt, and no doubt J.J. Wilcox as well. Neither defender finished Sunday’s game, the former with an arm injury, the latter with a head injury.

Part of the reason that Dupree’s absence was put on the backburner was the fact that the Steelers had another first-round outside linebacker debuting on the day, that being T.J. Watt, who started the game and played the majority of the team’s snaps on the right side. He managed to record two sacks and an interception to go along with six tackles, one of which came on special teams.

But he wasn’t the only outside linebacker making plays, as Anthony Chickillo, who was taken in the same draft as Dupree, started in the latter’s stead and managed to record two sacks of his own, his first two-sack game of his professional career. In addition to recording six tackles of his own, he also recovered a fumble on a blocked punt for a touchdown.

With a pair of young outside linebackers managing to have such an impact of the game—12 tackles, four sacks, and one interception combined—it is understandable how the absence of such a theoretically important player as Dupree might be able to be briefly overlooked.

I cannot recall from whom I read this (somebody please inform me if you know), but one of the beat writers Tweeted on Monday morning that Dupree was told when he showed up on Sunday that he was not going to play, meaning that the Steelers did not even test him or put him through a walkthrough. The decision was made beforehand as a precaution.

The question now becomes where Dupree stands for next week. We should know more shortly from Tomlin. Hopefully he delivers good news. Otherwise the Steelers will have to continue to depend upon Chickillo to step up. Not that he can’t; it’s just not ideal. You want your starters starting.