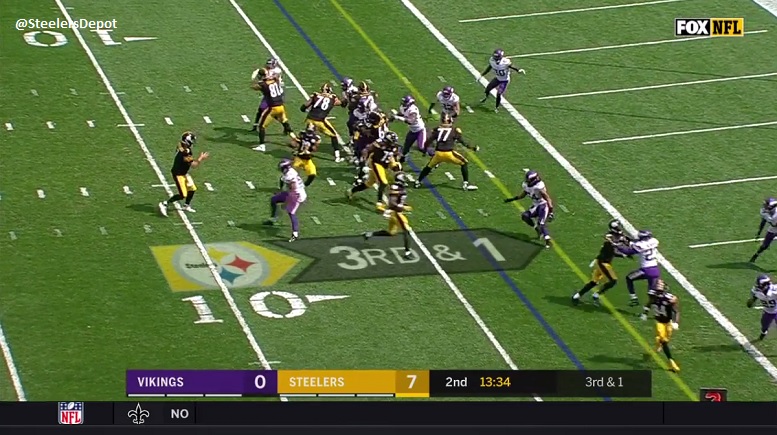 Every week I will chart Ben Roethlisberger’s completions across a variety of categories in an effort to uncover the strengths and weaknesses of the Steelers’ passing game.  As we get deeper into the season and as more throws get recorded, this information will become more reliable in identifying various trends and tendencies. If there are any other areas related to the passing game that you think are worth monitoring please let me know in the comments.

Through the first two games of the 2017 season, Roethlisberger has been significantly more effective at completing passes when throwing against Zone coverage.  So far he has played 35 passing snaps against Zone (Cover 3 and  Cover 2-Man) with a combined completion percentage of 74%, which compares favorably to the 36 snaps he’s played against Man (Cover 0, Cover 1, and Cover 2-Man) where he has a combined completion percentage of 58%.

It’s important to note; however, that the types of throws that Roethlisberger attempts against Man and Zone coverages are very different. For example, he is much more likely to attempt lower-percentage, downfield passes against Man when he believes he has favorable personnel matchups. Conversely, it is more probable that he will take a quick hitch, throw the pass option in an RPO, or run a screen (all high-percentage plays) against softer Zone looks. 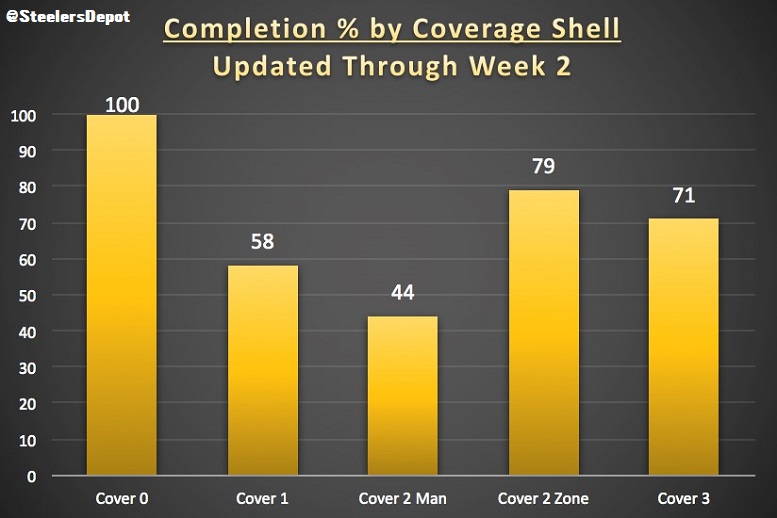 For the record, 3 of the 4 plays that I categorized as Cover 0 were goal line defenses where the coverage was a Man-Zone Bracket look. I just wanted to keep things simple for charting purposes, but since there was no true deep safety and the outside corners were in Man, I thought Cover 0 was as close to an accurate classification as possible.

As I alluded to in the introduction, some of the stats in this report will become more meaningful as the season goes on and as more data becomes available. Roethlisberger’s completion percentage by route type is one example of this fact. As it stands; however, his deep passing success (Verticals, Posts, Corners) is low and some other routes that typically have a high completion percentage (such as screens) are being dragged down because of the ratio of dropped passes to total attempts. Expect his graph to change significantly in the coming weeks. 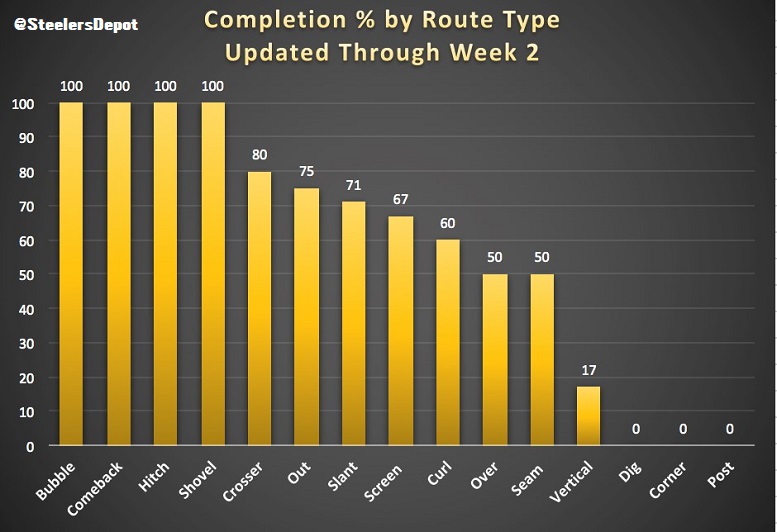 Similar to Roethlisberger’s completion percentages against various Coverage shells, his completion percentage categorized by his intended receiver is largely dependent on the typical types of routes run by each player. For example, because Martavis Bryant is often targeted on deep throws, it makes sense that his catch rate would be lower than someone like Leveon Bell who normally runs shorter, higher-probability patterns. Antonio Brown is the obvious outlier in this area, given that he runs a full route tree and is frequently targeted on plays where he is not conventionally open. Again, expect this chart to fluctuate in the next few weeks as more targets get recorded. 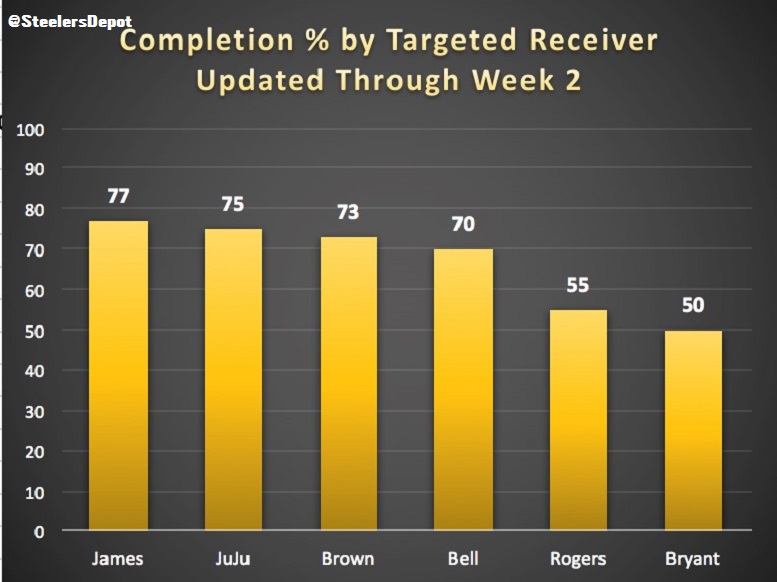 Lastly, a quick look at Roethlisberger’s completion percentage based on the area of the field that he targeted. As the season goes on, it will be interesting to compare his “hot” areas to his success against various coverages. At the moment; however, don’t read too much into this chart because of the small sample sizes. 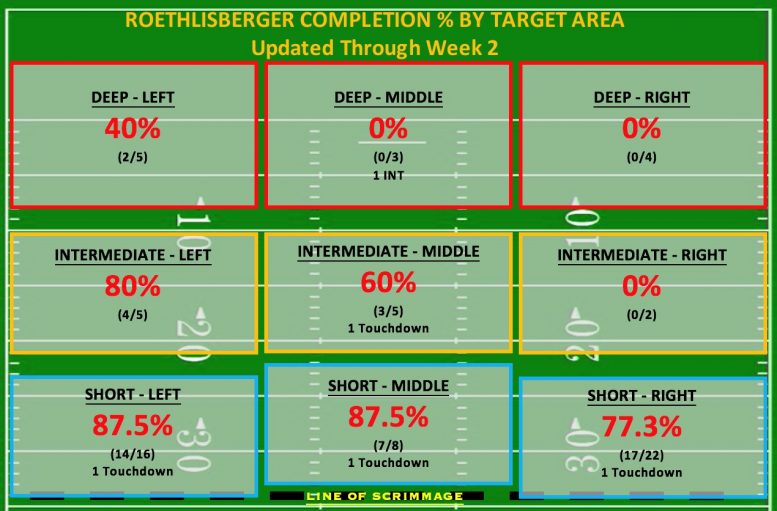