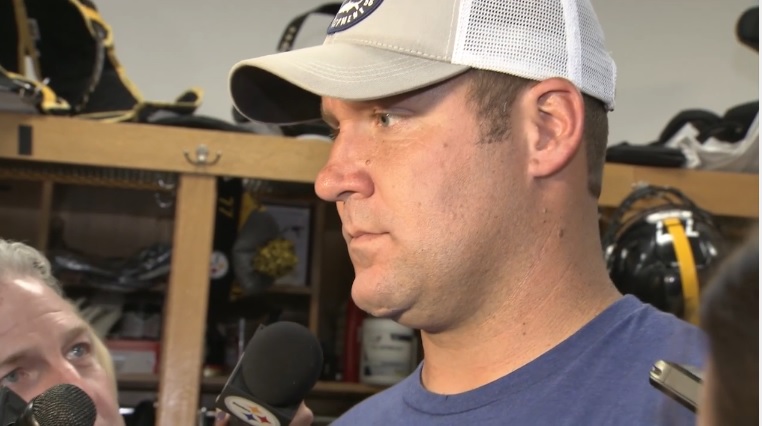 One of the easiest assessments any fan can make about the Pittsburgh Steelers’ offense through two weeks is that it’s not been ideal. They haven’t finished enough drives, their third down conversion is in the gutter, and statistically, they have one of the worst rushing attacks in football. But Ben Roethlisberger’s focus isn’t on fixing everything immediately but seeing progression over time.

“No one is going to be perfect,” Roethlisberger told reporters via Steelers.com. “We’d like to be as good as we can be. We know there’s going to be mistakes. But if we can continue to make improvements, like you said, that’s important. You don’t want to be playing your best football right now. You want to find ways to win football games and keep getting better.”

His mindset isn’t one where teams need to come hot out of the gate. As long as everything clicks by season’s end, where every game is critical, they can make a run at the Super Bowl.

“Hopefully your best football is played in December and January.”

That doesn’t mean Roethlisberger and the rest of the offense sets their expectations low. He says they set the bar so high it is nearly impossible to attain.

“I don’t know if it’ll ever get to our expectations. If we expect perfect and put the bar really high, we should set goals that are almost unattainable.”

One goal that has been clear over the past several season is scoring 30 points per game. Through two weeks, the sample size is obviously limited, five teams are above that benchmark. Pittsburgh isn’t one of them, sitting in 11th place league-wide with 23.5 per game. The Steelers averaged 24.9 points last season.

They’ll have a chance to give that number a jolt this Sunday against the, who are allowing the fifth most points per game, 26 a game.

For now, baby steps. Get better on third down, continue the strong red zone play, and the big point totals will follow.