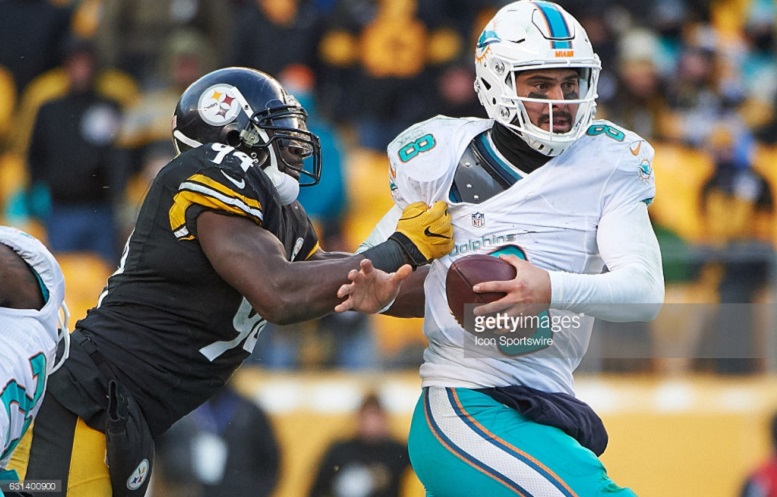 Last second breaking news I wanted to throw at you guys before today’s kickoff. Weird one happening out in California today. Jason La Canfora reports Lawrence Timmons has left the Miami Dolphins and it’s unknown if he’ll play in this afternoon’s game against the Los Angeles Chargers.

Dolphins starting linebacker Lawrence Timmons is not currently at the team hotel in California. His status for today's game is undecided…

Timmons, a free-agent signing, had been w/the Dolphins in CA ahead of game vs. Chargers but is not currently. His whereabouts are known

Dolphins do no kickoff until 4pm ET. Team officials/coaches are weighing the situation according to league sources

Fox’s Jay Glazer has a little more info, saying Timmons left the team yesterday and the Dolphins had to track him down.

Timmons signed a two-year, $12 million deal with the Dolphins in the offseason. Reports said the Steelers did make an offer but for less money, causing him to go back to the state where he played college football.

Due to Hurricane Irma, Timmons recently came back to Pittsburgh and attended a Steelers’ practice, per the PPG.

It certainly doesn’t sound like he’s playing today and his future with the team appears unknown.