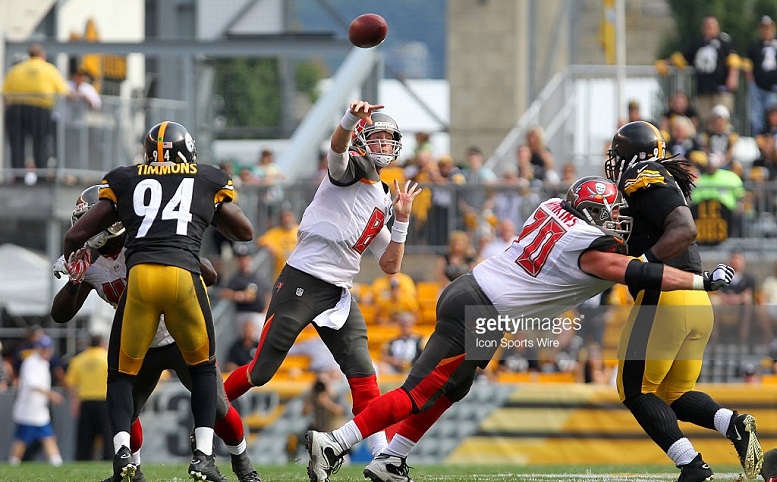 For the Pittsburgh Steelers, it will be a trip down memory lane Sunday when they go head to head with quarterback Mike Glennon and his Chicago Bears. Though this trip will not be filled with colourful scenery and beauty but of painful trauma and tragedy. The last time the Steelers saw Glennon was three years ago as the team watched in disbelief as the then Tampa Bay Buccaneers quarterback capped off an improbable comeback with a last second touchdown pass to defeat the Steelers at Heinz Field.

While the Steelers have had the last laugh, reaching the postseason in each of the three seasons since while Glennon has not won a game since his heroic comeback, there is still an uneasy fear surrounding their rematch Sunday. It is said that the best way to conquer fear is to embrace it or rationalize it, and for that a recall to September 28th, 2014 is required. By the end of our voyage, any fear of Glennon having an encore performance against the Steelers should be dispelled.

The Steelers let victory fall through their hands early

Up by four with just over ten minutes to go, the Steelers have a perfect chance to end this story before it has the chance to be written. A perfectly executed flea flicker pass is dropped by the otherwise always reliable Antonio Brown. If Brown hangs on, the Steelers likely score, making a Glennon comeback incredibly difficult. This is one of the many opportunities the Steelers would squander in the final minutes.

With less than two minutes left and facing a 4th and ten from the Steelers’ 14-yard line, it is do or die time for Glennon’s Buccaneers. On the play, Glennon slightly overthrows receiver Vincent Jackson, who is unable to reel in the catch, thus giving the ball back to the Steelers, who will need just one first down to guarantee victory.

This one is not over yet

With the Buccaneers out of timeouts, the Steelers face an important decision on 3rd and five. Pass the ball and risk the pass falling incomplete, giving the Buccaneers about 90 seconds to attempt a comeback or run the football and shave 40 seconds off the clock regardless of the result. The Steelers opted for the latter and failed to pick up the first down. To make matters worse, former Steelers’ punter Brad Wing is only able to muster a 29-yard punt, giving the Buccaneers excellent field position.

Hold on to your seat

With 35-seconds remaining and 46 yards to the end zone, the Steelers are still in reasonably good shape to secure a victory. That is until an error in coverage leads to a Louis Murphy 41-yard reception, putting the ball at the Steelers’ 5 yard line with 15-seconds left on the clock. Mike Mitchell bites on a crossing pattern over the middle, giving Louis the space and depth behind him to turn a big play.

Shock, anger, frustration and a remote through your television

Our last chapter is written for two different target groups. If you are Glennon, this is your storybook ending, an improbable comeback finished with a walk off touchdown pass to Jackson. Odds are that you are likely not Mike Glennon and fall into our second demographic – a member of the Steelers’ fanbase. This ending is filled with shock, rage and frustration as you have

The fears that Glennon could replicate his 2014 performance against the Steelers Sunday are irrational at best. With sloppy play and poor execution, the Steelers had more to do with their own defeat than Glennon.  Sunday’s matchup is less about being a trap and more about a second chance for the Steelers to overcome Glennon as they aim to improve to 3-0.