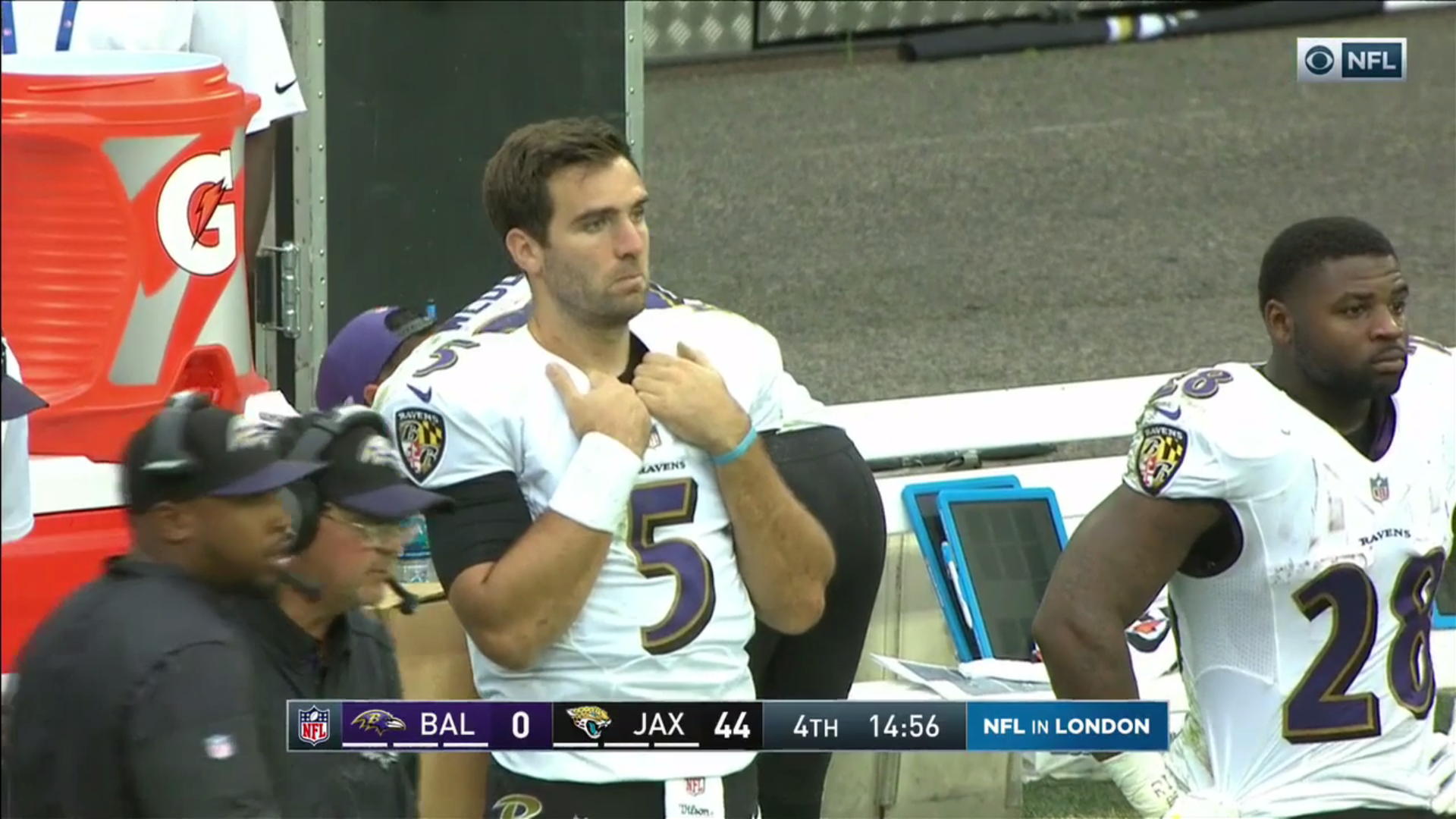 The Baltimore Ravens may not be the oldest franchise in the world—they are actually one of the youngest—but that doesn’t negate the impact of yesterday’s 44-7 defeat by the Jaguars in London as the biggest loss in franchise history.

Well, actually it was tied for the biggest loss—that is, the most lopsided on the scoreboard—since the Ravens were initiated as a franchise in 1996. In case anybody is wondering, their history does not include the old Browns’ records, which were inherited by the new Browns. It was part of the agreement that allowed Art Modell to relocate the team.

The only time that the team has endured as big a loss came all the way back in 1997, during the second year of their existence, and it came at the hands of the Pittsburgh Steelers, who defeated them by a 37-0 margin.

That was the first time they ever experienced a shutout, and they nearly had their third in team history yesterday if not for the late touchdown that prevented him from experiencing their first 40-point loss as well. The Jaguars’ 44 points all came before the Ravens had scored.

Perhaps this was a pleasant surprise for wide receiver Mike Wallace, who said during the week that he needed to get the ball more and that the defense was kind of like a curse because they had allowed the team to build such large halftime leads that the gameplan turned a conservative route in the second half.

Not that that did Wallace any good. He was limited to just two touches on the game, a six-yard reception and a four-yard run. He was targeted six additional times, most of them on deep passes, all of them incompletions, one of them intercepted.

The defense was widely praised for their showing in the first two games, during which they limited the Browns and the Bengals to a total of 10 points, and matched those points with 10 takeaways. Both of those teams, of course, are a combined 0-6 to start the season, so perhaps beating them is not as impressive as it may have seemed.

They were dominated by the Jaguars, with Blake Bortles throwing four touchdown passes and the running game churning out 166 yards at a healthy average of 4.7 yards per rush. The defense did not record a single turnover.

It would seem that it’s back to reality for this Baltimore unit, which admittedly was without Brandon Williams for the game. But while they may be hungry for revenge, they will also have to face a Steelers team hungry to clean their palate after a bad loss.