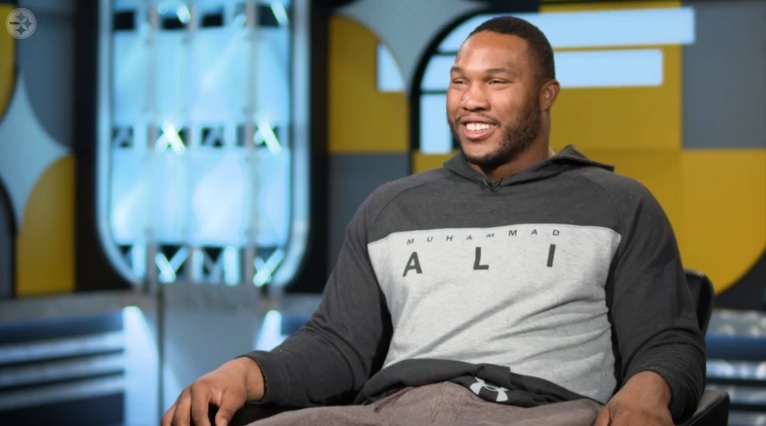 Contrary to a report from last night, it sounds like the Pittsburgh Steelers are in a best-case scenario with defensive end Stephon Tuitt. Per NFL Network’s Ian Rapoport, Tuitt did not suffer a bicep tear during Sundays win over the Cleveland Browns and is now considered week-to-week.

Some good news for the #Steelers. Source says DE Stephon Tuitt is week-to-week with a biceps injury. Not season-ending. “He’s OK,” one said.

ESPN’s Adam Schefter reported Sunday night the team feared Tuitt had suffered a torn biceps and ultimately miss the entire year. An MRI was scheduled for today and it sounds like the Steelers realized it wasn’t nearly that severe after getting those results back.

Fellow Steelers defensive end Cameron Heyward may have tipped everyone off ahead of time with this “Fake News” tweet Monday morning.

Head coach Mike Tomlin should provide official word and some sort of timetable tomorrow afternoon at his weekly press conference.

Tuitt, who signed a five-year contract extension on Saturday, left Sunday’s game against the Browns after two plays with what was reported as a left arm injury. He was replaced on the field by defensive end Tyson Alualu, who went on to register five total tackles in the game.