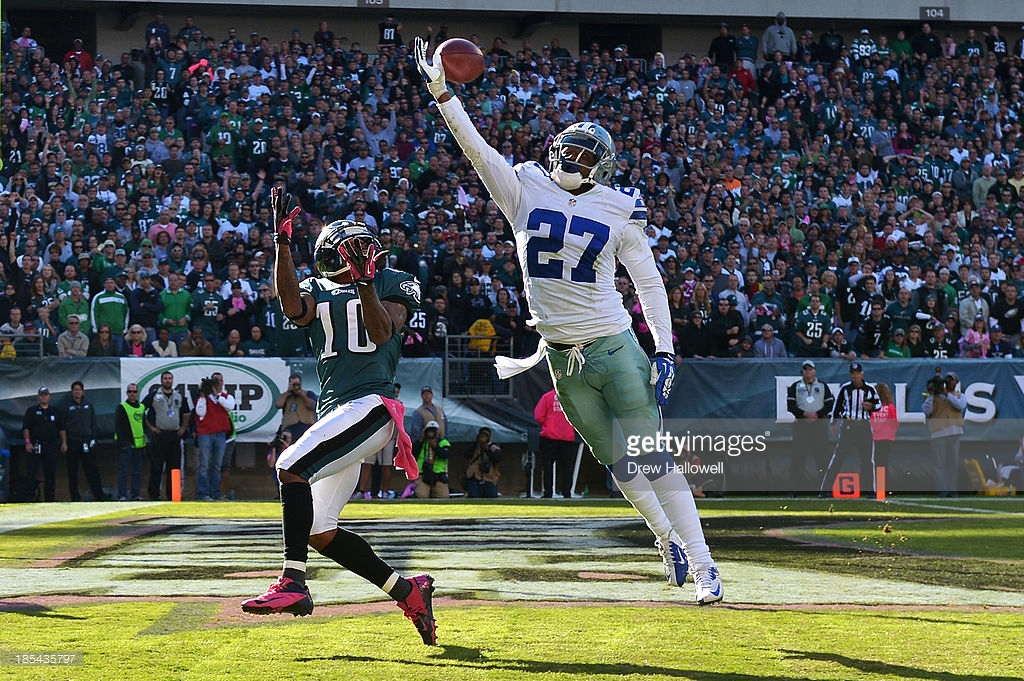 I don’t think I even know who the Pittsburgh Steelers are anymore. Over the course of the past couple of weeks, they have completed no fewer than five trades, in doing so ultimately netting three players, two of which are on the 53-man roster and the other on the practice squad, while also netting a likely seventh-round pick in the process. They gave up three players and a sixth, and swapped sevenths, as well.

The final (maybe?) trade came yesterday evening when they gave up a 2018 sixth-round pick that they just got back from the Browns in order to acquire safety J.J. Wilcox and a 2019 seventh-round draft pick from the Buccaneers. Here’s what that trade ultimately means, in my opinion.

One obvious motive is depth and injury protection. Mike Mitchell hasn’t practiced since the start of training camp, Jordan Dangerfield injured an ankle in the preseason finale, and Sean Davis has been banged up as well. Robert Golden was the only safety fully healthy.

Bringing in Wilcox gives them a player who is starter-capable once they bring him up to speed. But they could also use him in sub-packages as well as a third safety, something that they evidently wanted to explore using more this season, given their interest in the top safeties of the class, and the eventual signing of Daimion Stafford, who evidently retired.

Given that they parted with literally everybody who returned a kick for them in the preseason, and all who returned a kick last season by design, Wilcox’s history of returning kicks in college—a 25.2-yard average on 31 returns—could also play a role.

But I can’t help but think about where this leaves the Steelers in terms of the salary cap, as they do not have as much room, after all these moves, as you might think. If you look at Over the Cap, the site has them with under $6 million in cap room, and there is still more to be accounted for.

For starters, the 52nd and 53rd roster spots must still be accounted for, and that is going to take up $930,000, perhaps minus a small amount if the team cuts a more veteran player to get down from 55 players to 53 who has more years of accrued experience.

Another $122,400 has to be added for the 10th practice squad player that the site has not yet accounted for as of the time of this writing, and if Cameron Sutton is moved to injured reserve, that will likely add another $532,000 to the table on split salary.

Factor those numbers in and we already go down from $5,924,142 to $4,406,742 before even adding Wilcox’s contract, pending displacement. According to Over the Cap, he has a cap hit of over $2 million, but the Steelers will likely turn most of his $2.125 million base salary into a signing bonus that can deflect some of the hit into 2018. He also has another $250,000 tied to likely to be earned incentives, which have to be accounted for this season. His $1 million roster bonus has already been paid by the Buccaneers after making their initial 53-man roster.

All of this leaves the Steelers with much less cap space than many have likely realized. It makes me wonder if somebody like Arthur Moats, who would clear over $2 million in cap space before displacement, could be released in order to accommodate the move.

Otherwise, the team is running dangerously close to the line after which, in order to still work out an extension with Stephon Tuitt and have some cap space in the holster for emergencies, they might be persuaded to restructure somebody’s contract. But that’s what happens when you acquire two starters and a potential third during the preseason via free agency and trades.

And just to be clear, the cap number cited at around $6 million has no bearing on the fact that two players will have to be moved in some way to make room for Wilcox and Le’Veon Bell. That number is from the Rule of 51, so it is still not accounting for two full contracts, one of which will be Wilcox’s, another one of which will be at least $465,000.